History made in Haddonfield as a tennis coach may be one of the best. He’s won more matches than any high school coach ever. FOX 29's Bill Rohrer has the story.

HADDONFIELD, N.J. - History made in Haddonfield as a tennis coach may be one of the best. He’s won more matches than any high school coach ever.

“If you ever try to talk to him about his success as a coach, he will immediately try to change the subject,” stated Anna Tucker, member of the tennis team.

Coach Holman has over 2,200 victories at Haddonfield Memorial High. A sign on the high school’s home court claims Coach Holman is the winningest high school tennis coach in the United States. 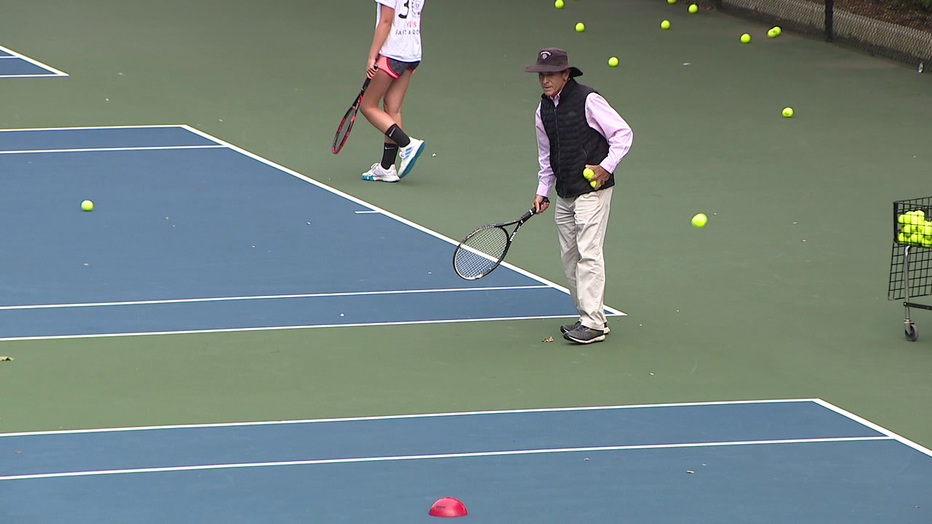 “The sign doesn’t say that I lost a lot of matches in the U.S.,” Coach Holman said.

The sign doesn’t say that, but the way he gets his athletes to perform is most impressive.

“He never gets mad at you and he is never disappointed in you even if you don’t have a great day,” explained team member Stella Demarco.

“His disposition is so unique for tennis coaches. He will compliment you on something. It makes you feel so good. It makes you want to try and want to succeed and have a really fun time. That is what it is really all about,” said Anna Swartley, another team member.

“He always makes sure that you are included and that you are an important part of the team,” Kate Morris added.

His girls team is up to approximately 40 players for the 2019 season. 80 if the boys are included. A no-cut policy keeps that number high.

“We try to emphasize that not just the best players are important. Every student in the program is an important part in the team and we try to convey that by showing interest and giving each student encouragement and individualized attention,” explained Coach Holman.

Because of Coach Holman’s method, he has been awarded many Sectional and State titles, as well as a few Coach of the Year awards. Achievements he gives to his players.

“Yeah and he would never brag about it. That is the crazy thing. He is the humblest person I know, “ added Swartley.

“In anything I’ve ever done, seemed to appreciate what I did that just made me want to work harder for that person. I just put myself in place of my students,” Coach Holman explained.

His ultimate goal is for his athletes to continue loving the game even after they leave.