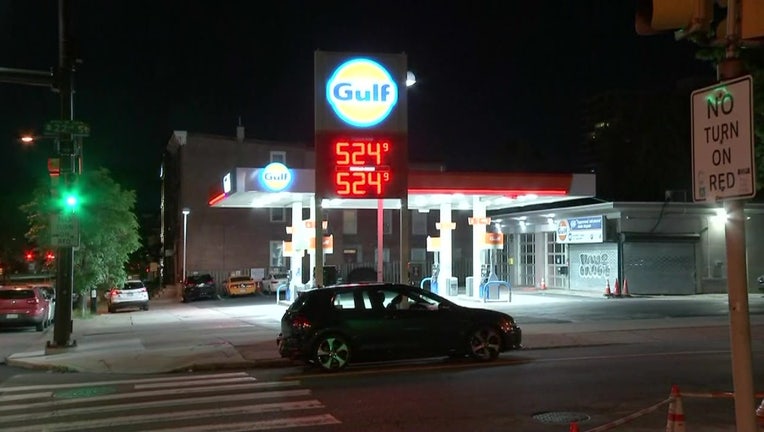 PHILADELPHIA - The pain at the pump just keeps getting worse across the Delaware Valley this week.

Gas prices in Pennsylvania and New Jersey are even higher than Wednesday's national average of $4.56 - the first time all 50 states are paying an average of over $4 a gallon.

The Pennsylvania average is up 7 cents from Tuesday, reaching a record high of $4.74 a gallon

In Philadelphia alone, prices hit an average of $4.86 with at least one Philadelphia gas stations charging over $5 a gallon. The Gulf at 2201 Spring Garden was seen charging $5.24 a gallon Tuesday night.

This most recent spike comes as New Jersey promoted self-serve at gas stations to give drivers a break at the pump.

Prices in Delaware also saw a 10-cent increase overnight to match the national average of $4.56 a gallon.