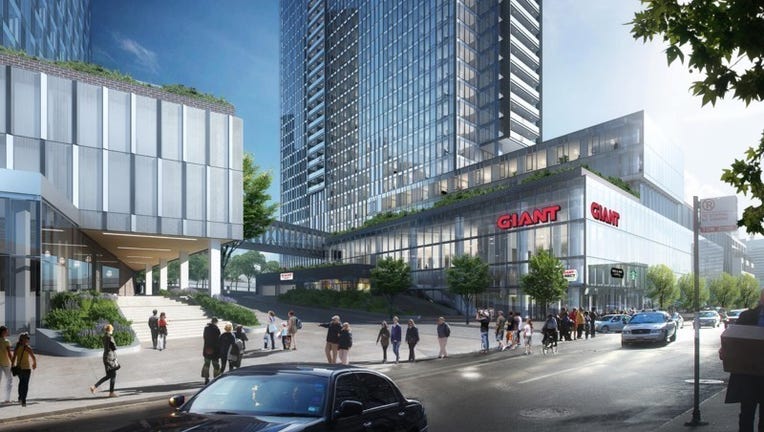 PHILADELPHIA - Philadelphians will have a new place to get their groceries as GIANT Food Stores announces a new, two-level urban flagship store in Center City.

The downtown supermarket, which will overlook the Schuylkill River, is a part of the company's new plan to accelerate growth.

"Like the city of Philadelphia, GIANT continues to grow and innovate – becoming part of this new incredible Riverwalk project helps cement our commitment to Philadelphia," explained Nicholas Bertram, the president of the company.

The new flagship store will occupy a 65,000-square-foot space at 60 North 23rd Street

As of now, the store is anticipated to open by fall of 2020 and will create more than 200 new jobs for the city.

To make shopping more convenient for GIANT customers, the site will also host an onsite parking garage that will be available exclusively to consumers.

"The announcement of GIANT'S new flagship store is an exciting development for the city," said Philadelphia Mayor Jim Kenney.

In line with a trend to healthier food products, the new store is expected to offer over 600 varieties of fresh produce with local products being featured.

Customers will also be able to order their groceries online for easy curbside pick-up.