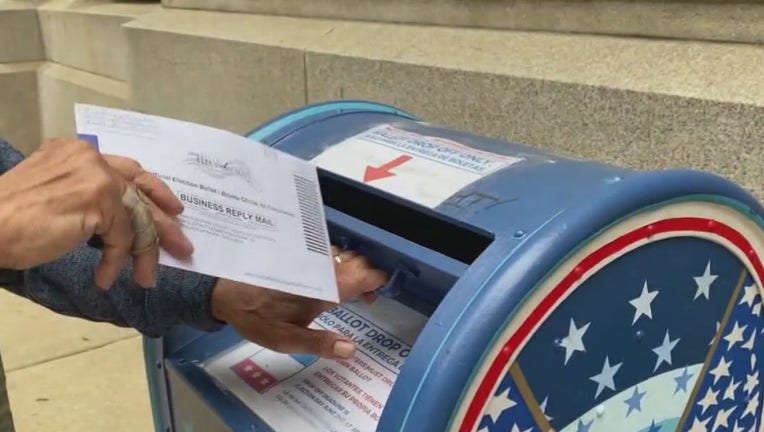 HARRISBURG - The Pennsylvania Republican Party is asking the U.S. Supreme Court to speedily take up its case to block counties in the presidential battleground state from counting mailed-in ballots received up to three days after the Nov. 3 election.

The Republican Party’s late Friday filing came four days after the justices divided 4-4 on putting a hold on the extension.

That outcome left in place a state Supreme Court ruling that required county election officials to receive and count mailed-in ballots that arrive up until Nov. 6, even if they don’t have a clear postmark, as long as there is no proof it was mailed after the polls closed.

The high court’s action left unresolved the legal issues Republicans raised, and the new request asks the court to take up the Republican Party’s case on an expedited basis.

It could arrive before the U.S. Supreme Court with a new, ninth justice. President Donald Trump’s nominee, Amy Coney Barrett, is expected to be confirmed by the Senate on Monday. Barrett could take part in the court’s consideration of the Pennsylvania case, providing a tie-breaking vote before the election.

Trump and former Vice President Joe Biden are locked in a battle to win Pennsylvania’s 20 electoral votes. With Democrats voting by mail at an almost 3-to-1 rate over Republicans, the prospect of ballots getting disqualified because they arrive late presumably poses a greater threat to Biden’s candidacy.

Most states make Election Day the deadline for regular mail-in or absentee ballots, but more than 20 states have a post-Election Day deadline.

In its Sept. 17 ruling ordering the three-day extension, the Democratic majority on the state’s divided high court cited warnings that Postal Service delays could invalidate huge numbers of ballots and surging demand for mail-in ballots during the coronavirus pandemic.

The state’s top election official, Kathy Boockvar, a Democrat, as well as the Democratic Party and the liberal-leaning Alliance for Retired Americans had sought the extension.

Republicans, including Trump’s campaign, have opposed such an extension, arguing that it violates federal law that sets Election Day as the first Tuesday after the first Monday in November and that such a decision constitutionally belongs to lawmakers, not the courts.