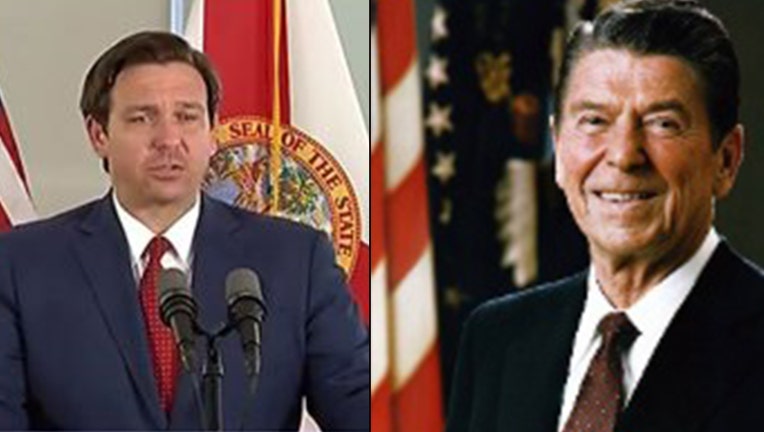 TALLAHASSEE - Governor Ron DeSantis has proclaimed February 6 to be 'Ronald Reagan Day' in the state of Florida.

"Ronald Reagan was one of the greatest presidents our nation has ever had and left an iconic legacy that continues to inspire," DeSantis tweeted on Saturday. "I’m pleased to proclaim today, Feb. 6, as Ronald Reagan Day in Florida in honor of The Gipper."

"WHEREAS, President Reagan, and iconic leader whose legacy continues to inspire, focused on economic growth, employment, and strengthening national defense, among other things," the proclamation reads. "February 6, 2021, is an opportunity for Floridians to honor the 110th anniversary of Ronald Reagan's birth and the 16th anniversary of his passing.