OAKLYN, N.J. - People in support of the Black Lives Matter movement gather every Monday protesting a large "All Lives Matter" banner outside of Lakeview Custom Coach in Oaklyn, New Jersey.

Protesters have been facing off with the owner of the business from across the street for weeks.

"If you know it’s harming the community that you say you serve and you have this many people showing up for six weeks straight — clearly you're bullying," organizer Allison Bolomey said. 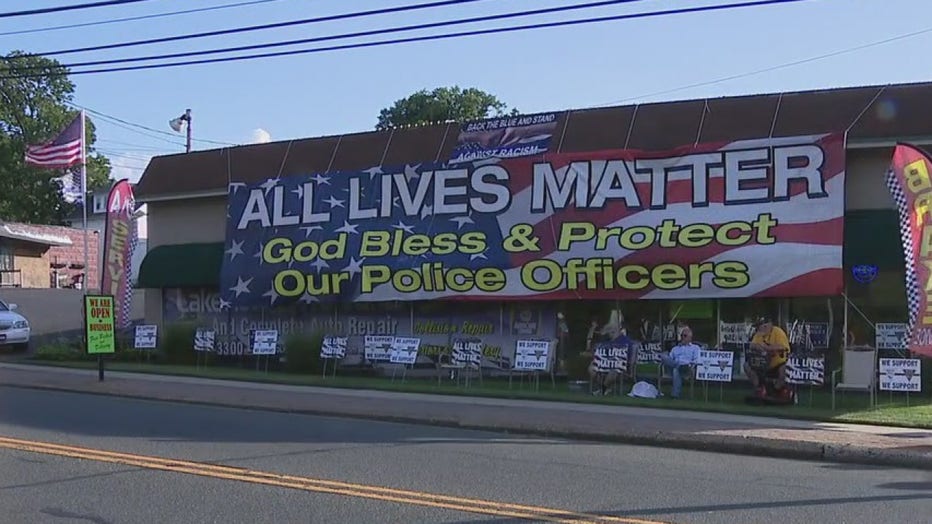 Owner Peter Corelli says he purchased the banner in 2016.

"I consider everybody in this country Black, white, yellow, all the same," Corelli said. "When this looting and burning down cities, destroying police officers' equipment, I just got to the point I said I can’t do it anymore. I’ve got to make a statement."

Residents say they've had conversations with Corelli about the banner in the past and some have voiced their displeasure with him putting it back up this year.

"I just got to the point where I said, 'I can't do it anymore. I've got to make a statement,'" Corelli said of his decision to put the sign back up.

"When the looting and burning stops, I'll take the sign down," Corelli added.

Protesters say they plan to gather outside the store every Monday night for as long as the sign stays up.