OCEAN CITY, N.J. - Tropical Storm Fay pummeled the Jersey shore during the morning and afternoon hours leaving flooded streets and some wind damage in its wake as it headed westward across South Jersey and near Philadelphia.

A Flash Flood Warning have now been issued in parts of New Jersey, Pennsylvania, and Delaware until 5:30 p.m.

As of 10 a.m., parts of the Jersey Shore had already seen more than three inches of rain from Tropical Storm Fay. Parts of Delaware have seen more than four inches, while Ocean City, Maryland has measured amounts over five inches.

FOX 29's Kathy Orr says flooding rains will subside on the coast in the early afternoon, but the floodwaters will still take some time to recede.

Bands of heavy rain have contributed to the flooding on the roadways. Forecasters are calling for a storm surge of two feet with Tropical Storm Fay.

As Fay moved westward across South Jersey and towards Philadelphia, the storm flooded streets, knocked out traffic lights, and downed some trees. 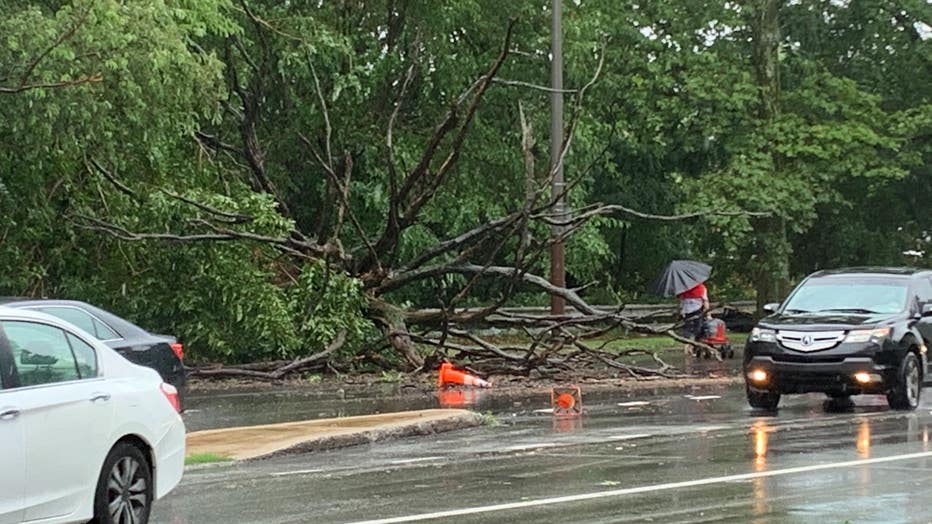 In North Philadelphia, 2nd Street was overcome with water causing some cars to take the risk of driving through the flooded roadway. Across the city, on University Avenue near Civic Center Boulevard, police say a car got stuck in high water under an overpass. 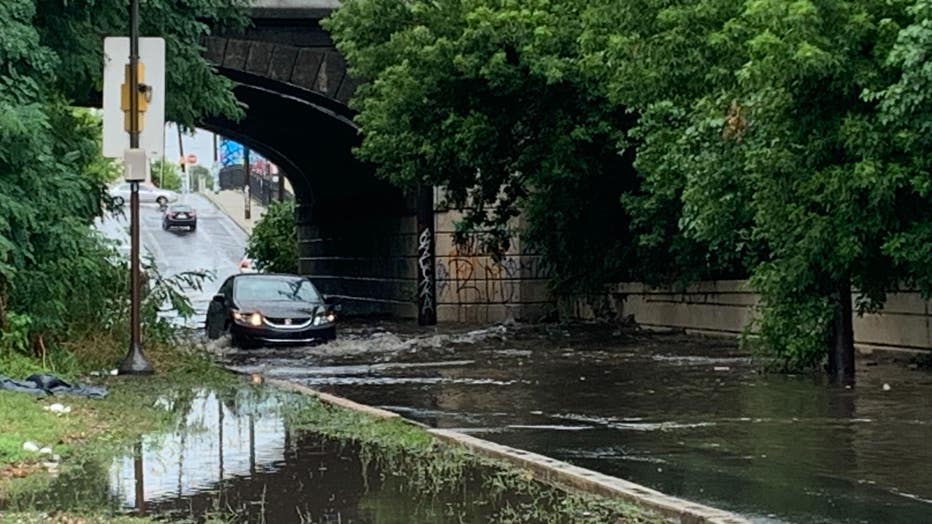 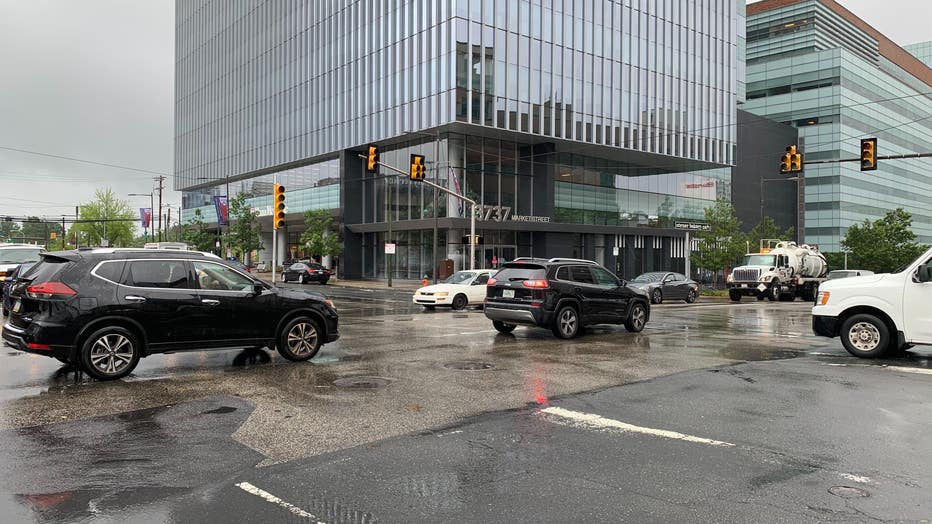 For weather alerts based on your location and others that you can set yourself, download the FOX 29 Weather App for Apple or Android devices. 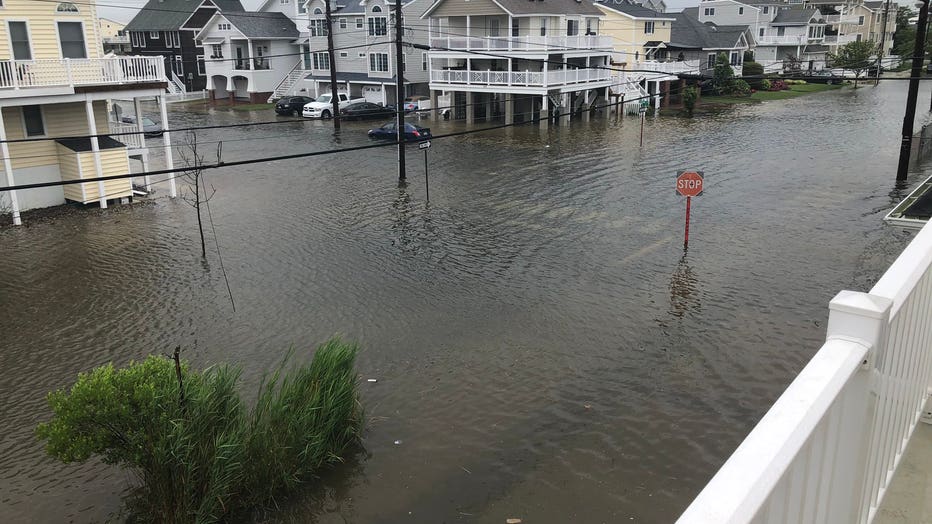