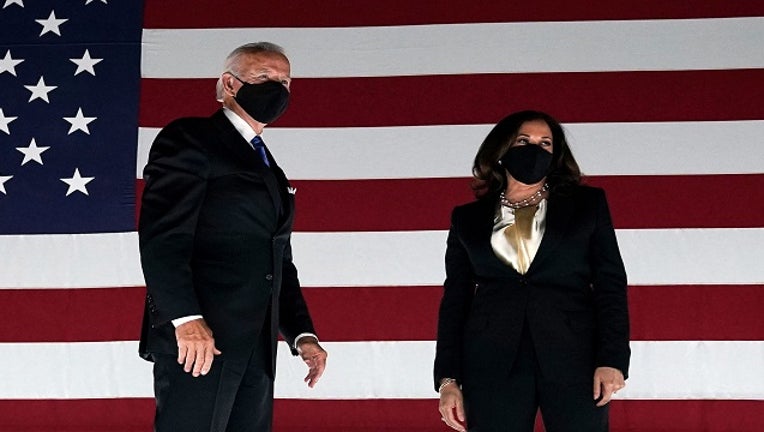 “Our hearts are broken for the family of Walter Wallace Jr., and for all those suffering the emotional weight of learning about another Black life in America lost. We cannot accept that in this country a mental health crisis ends in death. It makes the shock and grief and violence of yesterday’s shooting that much more painful, especially for a community that has already endured so much trauma. Walter Wallace’s life, like too many others’, was a Black life that mattered — to his mother, to his family, to his community, to all of us," the statement read.

Biden and Harris condemned the violence in Philadelphia following the shooting.

“At the same time, no amount of anger at the very real injustices in our society excuses violence. Attacking police officers and vandalizing small businesses, which are already struggling during a pandemic, does not bend the moral arc of the universe closer to justice. It hurts our fellow citizens. Looting is not a protest, it is a crime. It draws attention away from the real tragedy of a life cut short. As a nation, we are strong enough to both meet the challenges of real police reform, including implementing a national use of force standard, and to maintain peace and security in our communities. That must be our American mission. That is how we will deliver real justice. All Donald Trump does is fan the flames of division in our society. He is incapable of doing the real work to bring people together. We will. We are all praying for the entire Wallace family, and for our nation, that we may move toward healing.”

Demonstrations turned violent injuring 30 police officers on Monday night. Dozens of arrests were made as police reported vandalism and looting at local businesses.