PHILADELPHIA - Kobe Bryant has passed away at the age of 41 in Calabasas, California.

Kobe Bryant and his daughter Gianna, 13, were among the fatalities in the helicopter crashed en route to Gianna's basketball game, reports confirm.

The NBA legend's unexpected death has elicited stunned reactions from many figures with ties to the Philadelphia community -- where Kobe Bryant was born.

Although Kobe Bryant spent the entirety of his professional basketball career with the Los Angeles Lakers, Philadelphians were proud to claim him amongst their own since he was born there and spent his high school career playing for Lower Merion High School in Ardmore (a suburb right outside of the City of Brotherly Love). 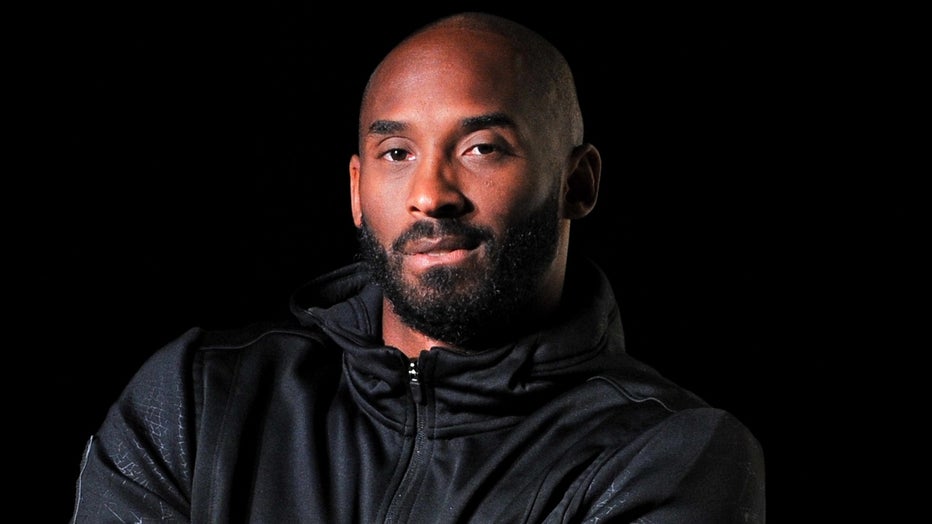 "From local phenom to global superstar, Kobe’s journey was great, and his legacy will continue to inspire for generations," Philadelphia Mayor Jim Kenney wrote in a tweet in response to the news.

In a lengthy, heartfelt statement the Philadelphia 76ers remembered Kobe Bryant for his greatness that not only was a pride for the city but left an indelible impact worldwide.

"Bryant’s journey to icon status in the world of basketball included deep ties to the Philadelphia region, where he starred at Lower Merion High School from 1992-96. As he honed his craft in Philadelphia, Bryant established a reputation as a player with once-in-a-lifetime poise, grit, heart and an unwavering love of the game.

While his imprint on the game of basketball will be etched in the history books forever, Bryant will also be remembered for his love of his family, commitment to community through his philanthropic work, and for being an innovative leader in business."

"He was a champion for the ages, a fearless competitor, and an outstanding ambassador for the city," the Philadelphia Eagles shared in a tweet early Sunday afternoon.

Among those reacting includes other athletes as well as filmmakers, celebrities and more figures.

The Philadelphia 76ers' Joel Embiid, who did not play in Saturday night's game against the Lakers, reacted with devastation about the news of Bryant's death.

"I started playing ball because of KOBE after watching the 2010 finals," Embiid wrote in an Instagram post Sunday afternoon.

Embiid credited his motivation to play basketball to Kobe Bryant and went on to write that he was "so freaking sad right now".

A number of current and former Philadelphia Eagles players also expressed their own shock and devastation at the news of Bryant's passing.

In the same emotional tweet, McNabb remembered Bryant as a "great friend, mentor to all,positive role model and teacher of the game."

Carson Wentz, the current quarterback for the Philadelphia Eagles, shared two tweets paying tribute to Bryant and expressing his condolences to the Bryant family.

Wentz's first tweet read: "A legend gone too soon. RIP Kobe" and his second tweet added that Bryant's death was "so sad and heartbreaking."

Malcom Jenkins tweeted that he couldn't "even begin to wrap his mind around the loss of another king."

Zach Ertz wrote that his "childhood hero gone too soon."

Sidney Jones IV shared a heartfelt tweet expressing his devastation and showing him in a photo with Kobe Bryant.

Professional MLS organization the Philadelphia Union also stepped up to share their own condolences for the loss of the unparalleled icon.

"A legend born & raised right here in Philly," team officials wrote in a tweet with a photo showing Kobe Bryant holding up a Union jersey with his name on it alongside Alejandro Bedoya.

Bedoya, who is not a Philadelphia native but has been local for about four years, also took to twitter to express his own shock. He called Kobe Bryant's death "tragic and sad."

"The impact Kobe had on the world cannot be expressed in words. RIP to a legend and a friend," Mike Trout tweeted in response to the news that has resonated internationally as well.

Philadelphia-born musician Questlove shared a photo of Bryant and his daughter with a caption that read: "God bless their loved ones in their time of grief. Devastating."

"To us in Philly he was one of ours," tweeted M. Night Shyamalan shortly after the news broke Sunday. "His loss will be felt throughout the city."

Kevin Hart took to Instagram to share his own heartbroken reaction to the news of Kobe Bryant's death.

"This hurts my heart. God please place your hands on his family and help guide them thru this unbearable time," Hart wrote as a tribute.

Actor and comedian Marlon Wayans wrote that Kobe Bryant's "legend lives in all of us that strive to be great" as he reacted to the news with a photo shared to Instagram of him alongside Bryant.

Rapper Meek Mill also voiced his surprise about the news of Kobe Bryant and Gianna Bryant's deaths on his Instagram.

In two separate posts, Meek Mill expressed shock -- first writing that "this is unreal" and then wishing prayers to the Bryant family in a second post.

Another Philadelphia-born rapper, Eve, tweeted that she was "beyond shocked and saddened" at the death of Kobe Bryant.

Kobe Bryant leaves behind a wife and three other young daughters.

This is a still developing story.

Stay with FOX29.com for the latest updates.