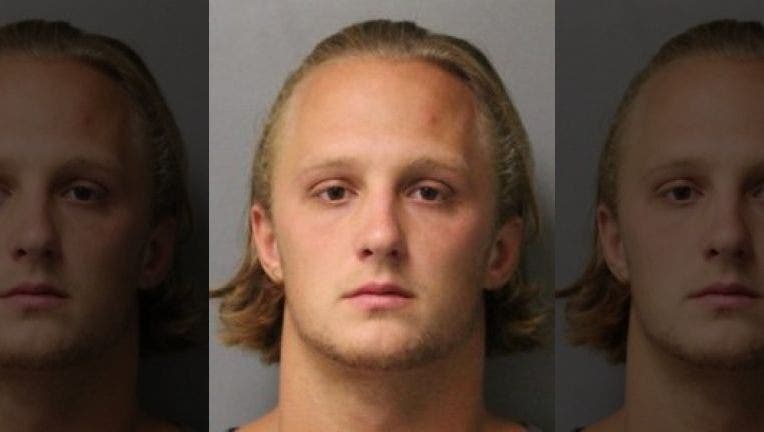 Clay Conaway, 23, was previously sentenced to five years in prison for his rape conviction.

WILMINGTON, Del. - One of six women to accuse a former University of Delaware baseball player of sexual assault has testified that he choked her as she tried to free herself.

“It was like fighting a wild animal,” the woman said during Clay Conaway’s second trial, The News Journal reported on Friday.

Conaway pleaded not guilty to charges he strangled and tried to rape the woman in November 2017 after connecting with her through the Tinder dating app. Court records indicate that both were students at the University of Delaware at the time and that the incident occurred in Conway’s bedroom.

In November, Conaway was sentenced to five years in prison for his rape conviction in the first case to go to trial. Sussex County Superior Court Judge Richard Stokes also sentenced Conaway to one year of home confinement and two years of probation for the June 2018 rape of a woman he met online.

His accuser in the second trial testified Thursday and Friday and is expected to return to the witness stand Monday.

The woman wept as she told jurors that Conaway pinned her to a bed, tried to reach into her pants and pressed his thumbs down on her neck.

“It was like he became a completely different person, like a switch went off in him,” she said.

She testified that Conaway relented after she screamed. She said she was “escorted” out by two men she believed to be his teammates.

Defense Attorney Diane Coffey asked the woman if any “alarm bells” went off as Conaway led her up the stairs to his room.

“It didn’t dawn on you that then he was trying to reel you in to have sex with you?” Coffey asked at one point.

The woman said the situation seemed normal and that she didn’t know she had “made a mistake” until Conaway overpowered her.