SOUTH PHILADELPHIA - Yellow caution tape surrounds the front door to 211 Monroe Street in Queen Village, a multi-story brick owned by two Drexel professors, who are now living in a hotel. They say a long-running battle with multiple owners of the property next door ended in disaster Tuesday afternoon when contractors damaged their foundation.

"Around 1:30 yesterday the house lurches. We hear crumbling into the basement. We step out they’ve done catastrophic damage to our house," homeowner Adam Knowles said. 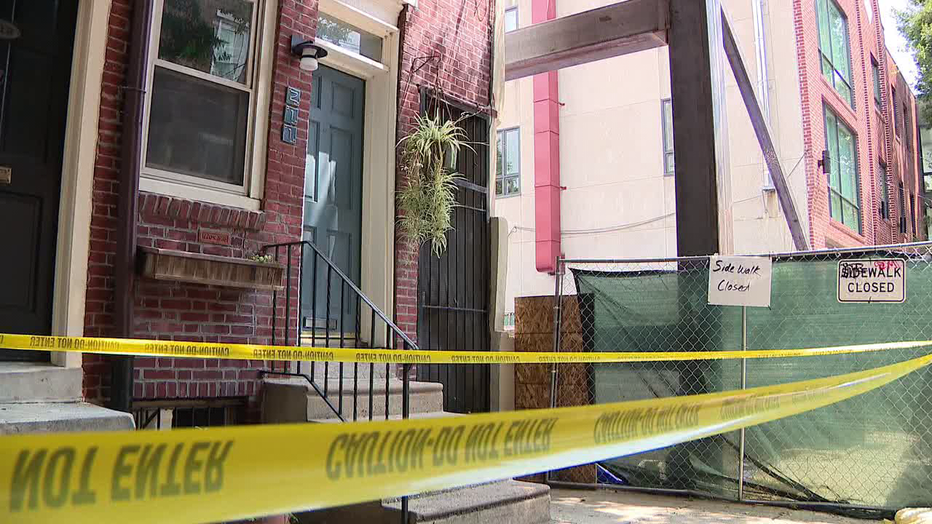 A developer is planning nine condos in the area some of which are selling for over $1 million. General contractor The How Group of Conshohocken was doing what the couple says a city inspector said was “prep work” when a cement slab they cut damaged the foundation. The couple gave FOX 29 pictures of the work.

"We’ve been telling L&I that it’s unsafe and now we have a violation it’s uninhabitable,"  Debjani Bhattacharyya said.

“...I have instructed my staff to issue a stop work order...”

The couple says early Monday the contractors were on the lot working with an excavator that was removed Wednesday. On the phone, The How Group said a “slight crack” formed in the foundation when it cut away an old cement footing and the house shifted. They say they're paying for the couple’s hotel and will cover the cost of repairs to the foundation.

The homeowners claim the city has failed them.

"It’s incredibly frustrating to know we were in contact with the highest levels of Licenses and Inspectors—it’s their job to oversee the safety of construction in the city and they failed at their job," Knowles said.