ALLENTOWN, Pa. - Solving problems that could one day help us all.

For the last several years, The Davinci Science Center in Allentown has inspired fifth through eighth graders to become inventors with the hopes one day to patent that invention.

Hayden Schmidt, 14, is one of those students. 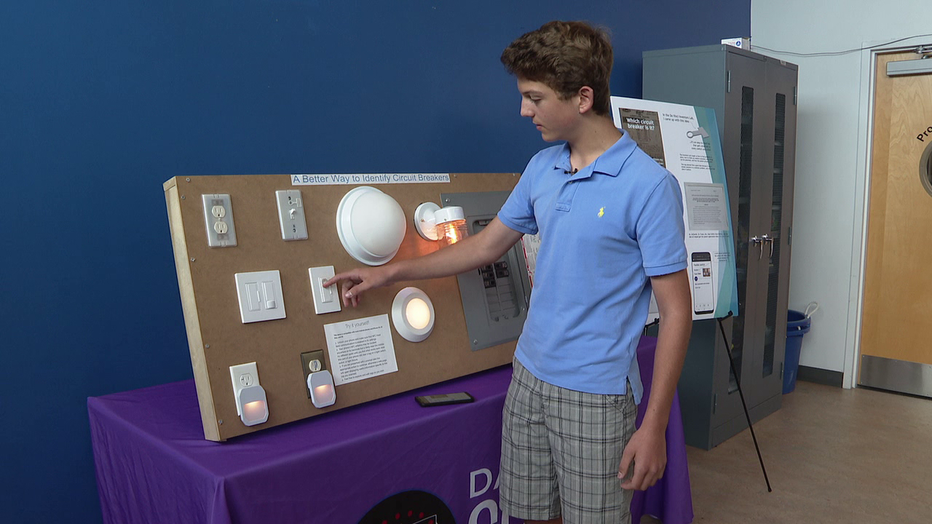 "Identifying what breaker controls the switch or outlet when you need to deal with it for some way or another," Art Schmidt said.

You may have that problem, too.  A miss labeled breaker box could take several minutes to match up an outlet or light switch to a breaker. Hayden’s invention will find the correct breaker in seconds.

After he completed the project, Hayden applied for a U.S. patent.

"There is an NFC tag behind this cover plate on these it is visible. They are just prototypes. It is just a chip that stores information in the silver circle around the tag. It receives a signal from the phone and that gives it enough power to send the signal back with the information that is stored on the tag," he explained.

The information pops up and it’s easy to read. Hayden worked several months on the project. His brother Arti wrote the software.

"Well, he needed someone to do it and I have done some programming. I really enjoy it," he explained.

A modest response from this high school senior.

"He works hard at it. He has written a ton of different programs.  He made programs for many mobile phones," Art said.

Hayden says he didn’t invent NFC tags, but just a different way to use them. Davinci and the U.S. patent office were impressed with all his hard work.

"We have had kids that completed the program with the most patentable invention award but their patent hasn’t come through yet or they decided not to pursue it. It is one thing that a student comes up with an idea that gets a patent but seeing that through to the patent like Hayden has done is a huge accomplishment," Kate Heflin, museum education designer, said.

Now that he has a patent, Haden is working on marketing his product and maybe one day we will have Hayden’s circuit breaker system in our homes.