Philadelphia police are investigating a shooting that left a 66-year-old man dead and a teen wounded near Abraham Lincoln High School.

PHILADELPHIA - A Philadelphia man is facing charges days after police say an altercation near a high school in Mayfair lead to a double shooting that claimed the life of a 65-year-old man and left a teenager in critical condition.

According to authorities, 21-year-old Aaron K. Scott has been charged with murder, attempted murder, aggravated assault, simple assault and several other offenses.

Investigators say the deadly double shooting happened near Abraham Lincoln High School right around dismissal time on Monday. Two plainclothed officers were in the area of Rowland and Ryan Avenues when gunfire erupted and struck a man in his car and a teenage boy running for safety.

The officers took Scott and his 16-year-old brother, who is a student at Lincoln High School, into custody immediately after the shooting. At the time, authorities said the suspect had a permit to carry a gun.

According to police, 65-year-old Jeffrey Carter was shot in the head while driving a black SUV and crashed into the fence at Lincoln High. He died at Jefferson-Torresdale Hospital two hours later. 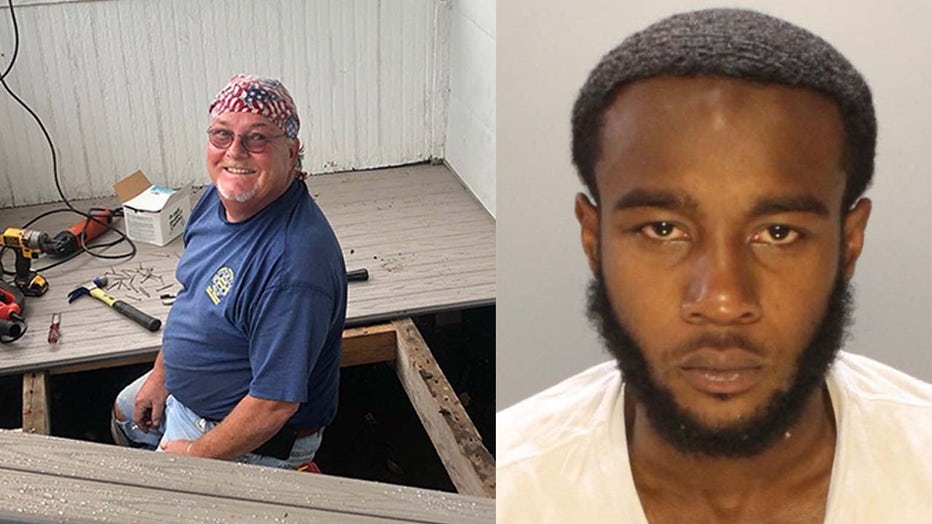 Jeffrey Carter (L) was driving through Mayfair when police say he was fatally struck by gunfire. Aaron Scott (R) is now facing charges in the incident.

Carter, who is remembered by loved ones as a family man, was recently retired and was on his way home after dropping off a dress for his granddaughter when he was struck and killed by gunfire.

The 16-year-old victim was also an innocent bystander when he was hit in the head. He was taken to Jefferson-Torresdale Hospital in critical condition.

The homicide marks Philadelphia's 439th homicide so far this year. Up 14% over the same time last year. Commissioner Danielle Outlaw addressed the growing incidents of gun violence among the city’s youth.

"An altercation now turns into a shooting which now turns into a homicide because of what, you know, could have been handled in a different way before through mediation or a fight or whatever it is now ending in a shooting," said Outlaw.