Rodney Smith Jr, a 29-year-old Alabama man, completed a trek around the country to mow veterans' lawns as a way to thank them for their service.

LOS ANGELES - One man inspired to help other people in his community completed his quest of mowing lawns for veterans free-of-charge across the country.

Rodney Smith Jr., 29, of Huntsville, Alabama, wanted to thank veterans for their service to this country and began his adventure on May 5. He finished on Thursday in Hawaii after mowing lawns for a couple of veterans in each state.

Smith said he drove all around the nation to find veterans who need a little help with their yard. In order to find those people, he would take a photo at each state’s welcome sign, post it to social media and ask community members to connect him with a few veterans in need.

To complete his final two states, Alaska and Hawaii, he reached out to Delta Airlines and the company flew him first-class to his destinations. 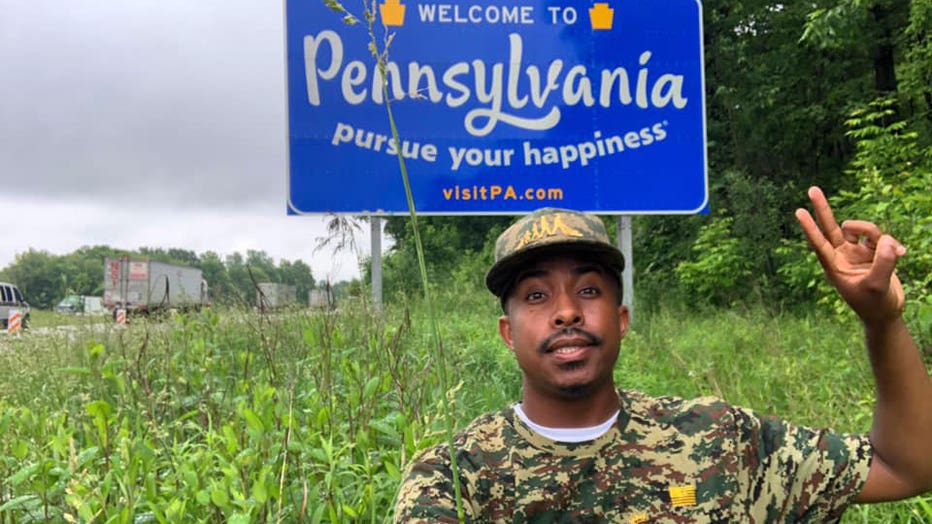 Smith said the acts of kindness started in 2015 when he witnessed an elderly man struggling to mow his lawn. Smith went to help and later that evening decided he wanted to do more to help under-served communities in his town.

“I decided I’ll start mowing free lawns for the elderly, disabled, single moms and veterans in Huntsville,” he said.

At first, it started out with a goal to mow 40 lawns by the end of winter as he studied to get his degree in computer science. But the personal challenge quickly grew to 100 lawns because of how fast he was mowing them. In less than two months, he’d mowed 100 lawns.

From there, his idea grew into creating a lawn care organization that would help veterans, those with disabilities, single mothers and senior citizens. He then expanded that mission to include inspiring young children to do more for their communities.

As he developed Raising Men Lawn Care Service, he also developed the 50 Yard Challenge, which encouraged kids between 7 and 17 years of age across the country to mow 50 lawns. Since he started the community challenge, about 40 kids nationwide have completed it, he said.

The inspiring challenge has also spread worldwide and more than 400 children from Canada to Australia are giving back one lawn at a time.

“Kids really enjoy it. I’m surprised that they like getting out there and making a difference. When I was younger, I didn’t really like mowing lawns. But I’ve turned something I dislike into something that now I love to do,” he said.

He added that after seeing the impact his organization was having around the world, he chose to go back to college to get his master’s in social work. He graduated in May 2018.

“The foundation made me find my true purpose in life, which is helping people,” he said.

While Smith’s national tour this year focused on veterans, he has completed similar cross-country feats four other times since he was first inspired to lend a helping hand.

His first three national trips involved mowing lawns for senior citizens, people with disabilities, single moms and veterans. But his fourth cross-country road trip focused on homeless communities. For 22 days, he dressed up as Santa Claus and delivered gifts in all 50 states.

Now that he’s finished his fifth nationwide lawn-mowing challenge, his next plan is to travel to each continent.

“I’m working on Seven Continents, Seven Lawns. It’s the same idea but on all seven continents and mowing for those in need. It’s also getting kids to take part in the 50 Yard Challenge,” he said.

Smith said he initially planned on doing the global trek this year, but chose to do the veterans-focused trip instead. It’s unclear when he’ll start his lawn-mowing expedition around the world, but he said planning something that big will take time.