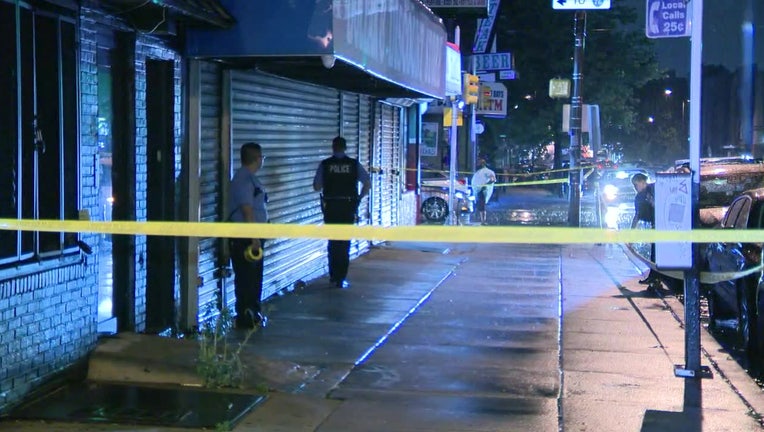 Police investigate after an unidentified man was found shot several times. A suspect was taken into custody after a brief pursuit and barricade, officials said.

WEST PHILADELPHIA - A man is in critical condition after he was shot in the face, in West Philadelphia.

Officials said the shooting happened at the 1200 block of North 52nd Street, around 8 p.m., Monday.

Police arrived to find an unidentified man shot several times in the face.

Police rushed him to Penn Presbyterian Medical Center, where he was listed in critical condition.

Upon investigation, police pursued a man suspected in the shooting. Officials said the man police were chasing forced his way inside a building on the 5100 block of West Girard Avenue.

At that point, a barricade situation was declared by police. But, about 20 minutes later, the man was taken into custody without further incident.