BERKS COUNTY, Pa. - It took nearly 70 years but it finally got to its final destination. A thrift store donation turned out to be a missing link to the past for the family of a Korean War veteran from Berks County, which led to an emotional moment.

The discovery came a month ago inside a Morgantown thrift shop.

Cathy Veil and the ladies of the vintage department were stunned at what they found next to a box of antique toys. Inside a tube sent from the Department of Defense wasn’t just a certificate for a Purple Heart, but a letter hand-signed by President Harry Truman informing a Berks County family of the death of their son in the Korean war. Corporal Lee Reimert was killed in combat on September 29,1951. 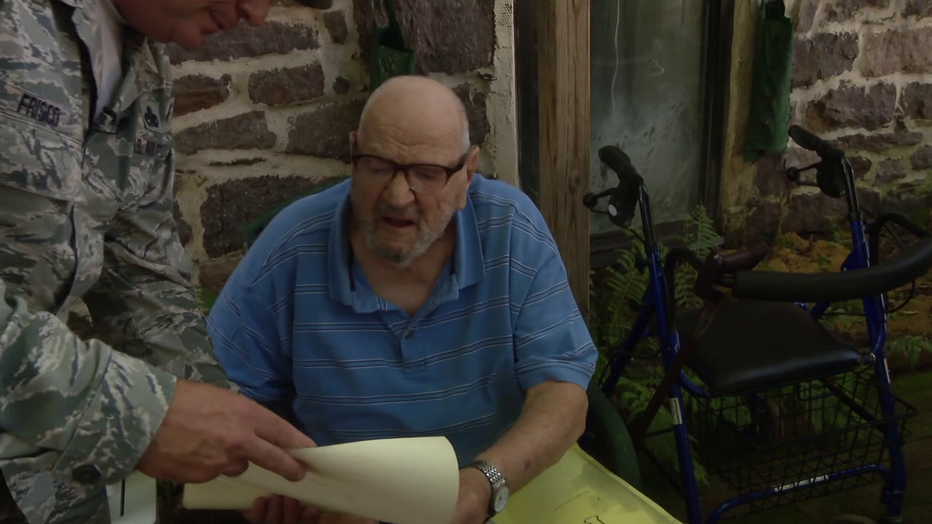 As fate would have it, the husband of that consignment shop manager happens to be the commander of Pennsylvania's Air National Guard’s 111th Attack Wing and made it his mission to track down and return the document to Reimert's family. Officers traveled to Oley, Berks County to transfer the document in person to Corporal Reimert's 93-year-old twin brother.

68 years of emotion came rushing back. Neuman Remiert lost his twin brother in Korea and his younger brother in a hunting accident a couple of years earlier. At 93 Neuman still misses his brother and it’s still a mystery how that precious heirloom ended up in a stuffy basement in Berks County thrift shop.

"It's awesome to be able to do this and be able to bring this back into the family and be passed down for generations," Command Chief Paul Frisco said.