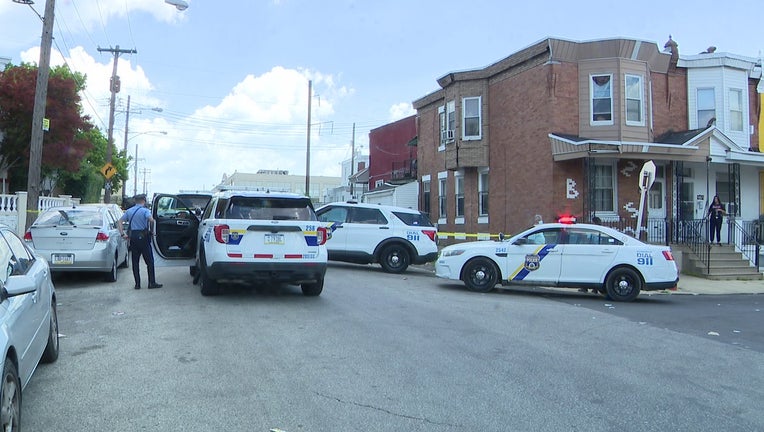 Philadelphia police investigate a shooting where a man between 20 to 30-years-old was killed.

HUNTING PARK - Philadelphia police are investigating the fatal shooting of a man in Hunting Park.

According to officials, police were called to the 500 block of West Bristol Street Saturday, in Philadelphia's Hunting Park neighborhood, just before 1 p.m., on the report of a shooting.

When they arrived, police found an unidentified man, who they suggest is between 20 and 30 years old, shot multiple times throughout his body.

Police rushed him to Temple University Hospital where he died.

Police are investigating the shooting. No weapons have been recovered and no arrests have been made.

This follows a fatal shooting in Kensington, where a man was shot multiple times, as was a woman, who later died from her injuries, early Saturday morning.