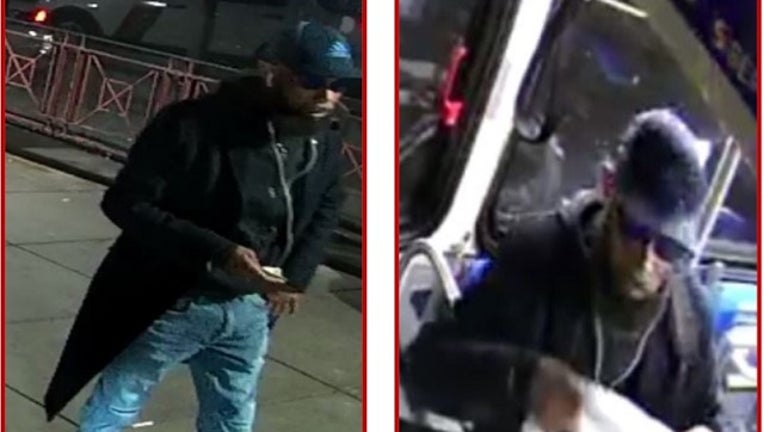 The suspect was captured on surveillance video on April 10.

UPPER DARBY, Pa. - A man is wanted for threatening a SEPTA driver in Upper Darby when asked to wear a mask, according to officials.

The incident happened on the 700 block of Long Lane around midnight on April 10.

A SEPTA bus driver reported to police that a man tried to board the Route 108 bus without wearing a mask.

Officials say when the driver told the man that face coverings are required on SEPTA, he covered his face with a handkerchief, threatened to kill the driver, and flashed a handgun from his waistband. He then exited the bus.

The bus driver was not injured. The suspect was last seen in the area of Greenwood Avenue and Clover Lane in Upper Darby.

SEPTA is offering a $1,000 reward for information that leads to the arrest.