FOX 29's Bruce Gordon has the latest after a verdict was handed down Thursday.

PHILADELPHIA - A jury has found Michael White, 22, not guilty of voluntary manslaughter in the stabbing death of Sean Schellenger.

The verdict was handed down Thursday afternoon in the case of the Rittenhouse Square stabbing that resulted in the death of the real estate developer during a traffic confrontation in July 2018.

White was only found guilty on the charge of tampering with evidence.

Closing arguments were delivered Wednesday, during which White’s legal team called the fatal stabbing an act of self-defense during closing arguments. 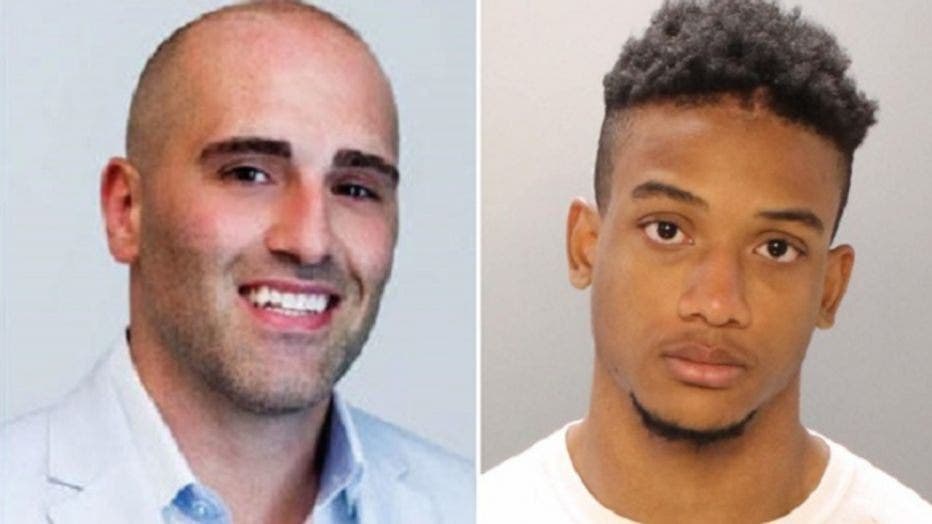 White left court Thursday stone-faced and silent after hearing a jury declare him not guilty of voluntary manslaughter.

Authorities say White fatally stabbed 37-year-old Sean Schellenger after a brief but quickly escalating argument at the scene of a minor traffic dispute in Center City. The defense claimed and cell phone video seemed to support that Schellenger was first to attack the knife-wielding White.

“The only thing I can say is what a mighty God we serve and thank you Jesus," she said.

Schellenger’s family and supporters were livid over the verdict.

This case was originally charged as first-degree murder; however, District Attorney Larry Krasner reduced the charge to third-degree. On the eve of trial, he dropped it again to the arguably more difficult to prove voluntary manslaughter. 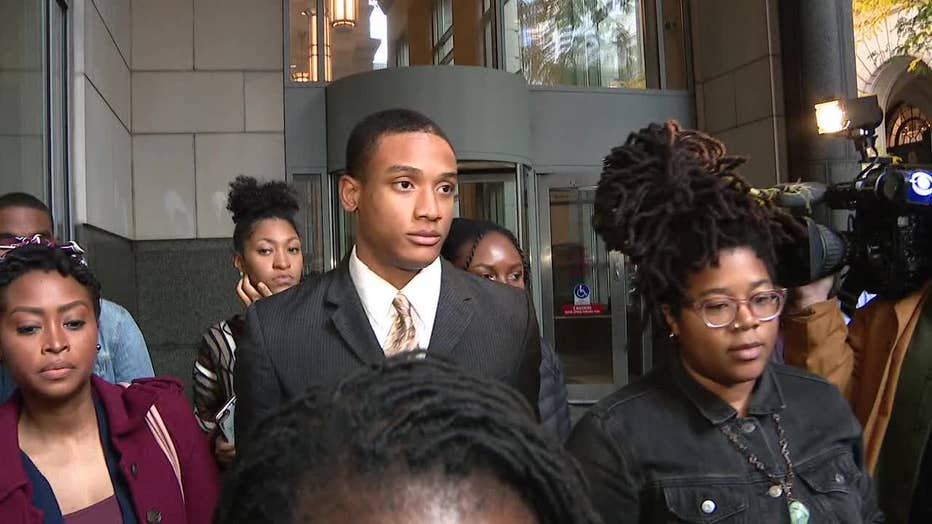 “Wouldn’t that be nice to have a fair trial? One for Michael White and one for Sean Schellenger? But we didn’t. Larry, obstruction of justice is a federal crime," Linda Schellenger said.

“This ain’t justice! This city isn’t safer. It’s more dangerous because of him," Mark Schellenger said.

Beyond the anger, there is only sadness over the senseless death of Schellenger.

“He died at the age of 37 face down in the street, having been stabbed following a minor traffic dispute and that is a tragedy of immeasurable proportion," Assistant District Attorney Anthony Voci said.

Arguably it's a tragedy for White as well.

“He understands that someone has lost their life and that’s a very difficult thing to live with," Pastor Thompson, with Philadelphia Peaceful Surrender, said. "No matter what the verdict and he’s got to live with that for the rest of his life.”

"After several hours of deliberation over two days, a Philadelphia jury has found Michael White guilty of the crime of tampering with evidence in order to conceal his role in the death of Sean Schellenger. The jury also acquitted Mr. White of other charges, including Voluntary Manslaughter, after this office rejected higher homicide charges that I determined were inappropriate to pursue as our investigation continued and gathered new information. Simply put, we followed the facts and the law in seeking justice. And we respect the verdict of the jury in this factually and legally complex case.

I am proud of our Assistant District Attorneys Voci and Dandy, who presented the case skillfully, ethically, and appropriately for what it was: A case about two unique individuals. This Office remains committed to individual justice, which rejects using people as symbols or stereotypes to serve any other agenda.

My heart goes out to family and friends of Sean Schellenger, whose pain and trauma are evident even today, and to everyone else who has been affected by this tragedy."