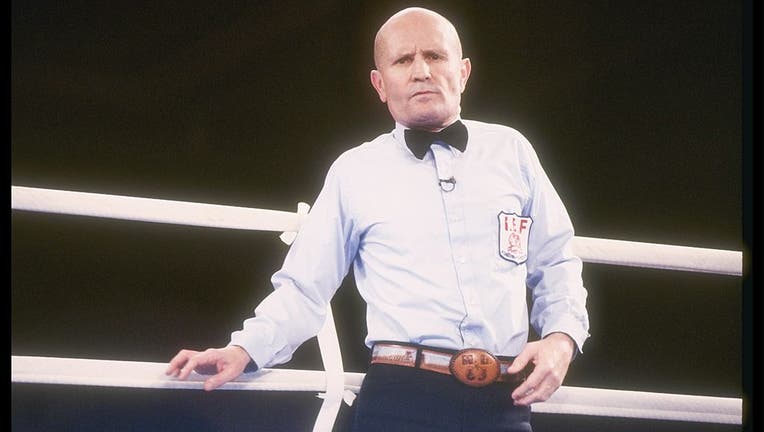 LOS ANGELES - Hall of Fame referee, Mills Lane, most well known for officiating the notorious Mike Tyson-Evander Holyfield fight in which Tyson bit off part of Holyfield's ear, has died, ESPN and the Reno Gazette Journal both confirmed. He was 85.

Lane's son, Tommy, told the Gazette Journal that his father had been in hospice for the last week and dealt with health complications since he suffered a stroke 20 years ago.

Lane was best known for his catchphrase before fights, "Let's get it on."

When he wasn't officiating timeless matches Lane served as a prosecutor and a judge in Nevada. Lane's career in professional boxing spanned several decades beginning in the 1970s.

He was the official in the notorious Tyson-Holyfield match in 1997. Later in life, Lane became the face of the syndicated reality TV series "Judge Mills Lane," from 1998-2001.