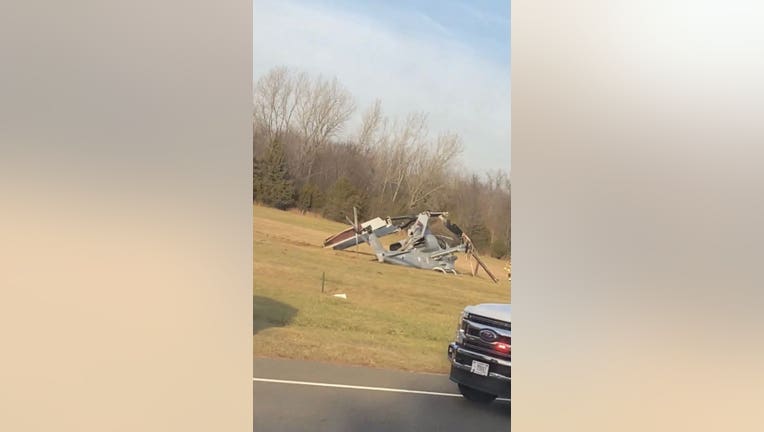 WRIGHTSTOWN, N.J. - No one was seriously injured when officials say a "mishap" caused a military helicopter to crash land near a New Jersey air force base on Thursday.

The incident happened around 3:30 p.m. when officials say a Bell AH-1Z Viper with the Marine Light Attack Helicopter Squadron 773 landed about a mile and a half away from Joint Base McGuire-Dix-Lakehurst.

Two people who were aboard the chopper were taken to a nearby hospital in stable condition, Lt. Col. Craig Thomas shared in a post on the Defense Visual Information Distribution Service website.

There were no injuries to civilians and there was no property damage, according to officials.