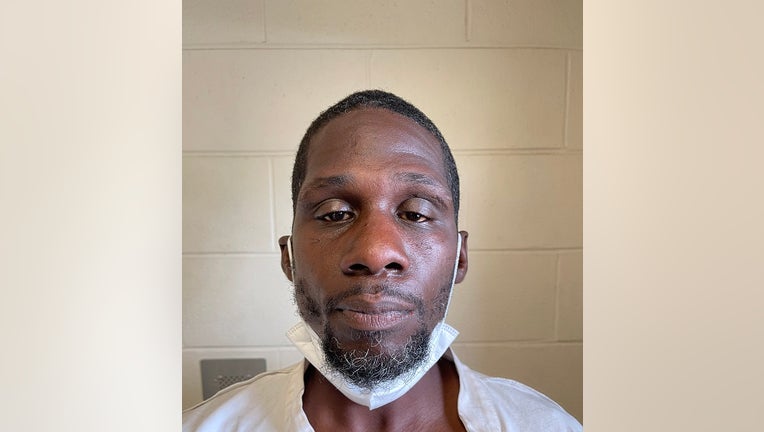 Authorities say Welton went on a "spree of criminal behavior" that took place in the overnight hours between July 27 and July 28 and stretched from Center City to Trappe, Pa. where he was arrested by police.

"Because it was the same criminal episode, the Philadelphia District Attorney's Office has agreed to allow Montgomery County to charge and prosecute all of the criminal behavior committed by the defendant in its jurisdiction," Steele said. "This defendant's behavior that night involved numerous crimes, from stealing a dog and stealing multiple cars to killing someone and robbing her of her chef’s coat, to intentionally targeting other individuals with his vehicle. Welton’s criminal behavior left many individuals and families traumatized and grieving. We will prosecute all of his crimes together to accurately portray the egregiousness of this crime spree."

Police say the series of events began just after midnight on July 27 when Welton hopped into a Chevy Malibu that was left running. Investigators say he then rear-ended a couple who was sitting on a motorcycle near Broad and Lombard Streets.

Moreno-Sanchez was taken to Jefferson Hospital where she died shortly before 5 a.m., according to police.

Welton ditched the car shortly after and stole another car that was allegedly used to hit another pedestrian on Umbria and Hermitage Streets in Manayunk.

The rampage continued shortly before 6 a.m. the next day when a Collegeville police officer received information on a stolen gray Nissan Altima, authorities say. The officer spotted the car traveling at a high rate of speed crossing the Perkiomen Bridge and the officer began to follow with his emergency lights activated.

The officer briefly lost sight of the car, but seconds later he noticed a pedestrian, a 38-year-old runner, lying in the roadway, authorities say.

According to officials, the runner was flown to a Philadelphia hospital with severe injuries including a broken spine and fractures to his ribs and legs.

Welton pulled the Altima into an Exxon station in Trappe and got out of the car, removing a puppy from the backseat, according to investigators. He allegedly then attempted to steal a bicycle but was confronted by the owner.

The suspect has been in the Montgomery County Correctional Facility on $2 million bail since his arrest in July 2021.

FOX 29's Steve Keeley has the latest on an arrest made in connection to a deadly hit-and-run in South Philadelphia.