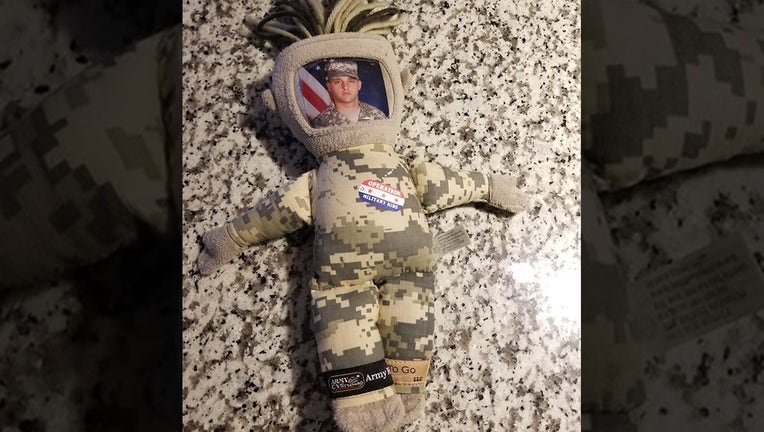 EBANON, Ohio - An Ohio mother is asking for help to locate her toddler's missing doll, which holds a photo of her military father to comfort her while he is deployed.

Jessica Osborne said she typically gives her two daughters a doll to help prepare them for when daddy has to leave. Her husband is currently training with the Kentucky National Guard.

The doll is covered in camouflage and contains a photo of her husband's military picture on the front where the face would be.

On July 12, she said she couldn't find her 3-year-old's doll anywhere. In a Facebook post, Osborne said she thinks it may have gotten lost during a trip to Dairy Queen.

"She is devastated," Osborne wrote. "We use it often when he trains and she isn't able to see or speak to him. Please...if you see this doll...I would be grateful for its return."

Osborne told Fox 35 that her daughter has been sad over the lost toy.

"Bed time is rough," she said.

Osborne shared a photo that is similar to the doll belonging to her younger daughter, hoping that someone will spot it and bring the military daddy doll home.