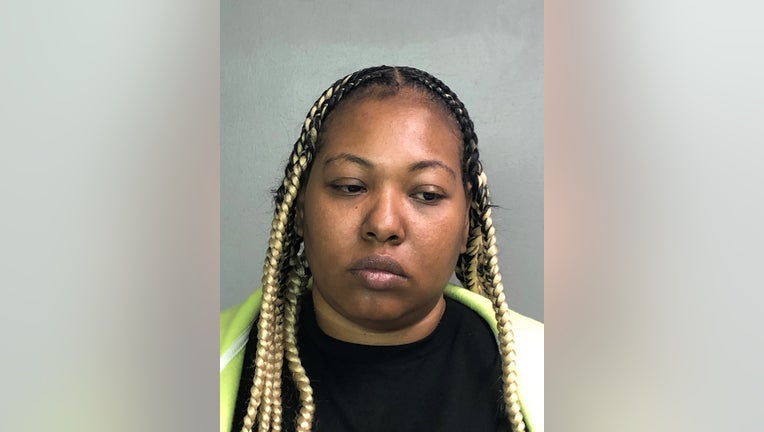 COLLEGEVILLE - A mother is facing charges after her son fatally shot his sister inside their home in Collegeville, prosecutors announced.

Daisy Vasquez, 31, is charged with third-degree endangering welfare of children, possession of a firearm by a minor–responsibility of adult and related charges. She turned herself in Monday.

Officers from the Upper Providence Township Police Department were called to Larchwood Court on March 19 for reports of a shooting inside a residence.

The investigation found that Vasquez asked her son to go outside to her car to get a 9mm handgun that was legally registered to her. The home surveillance video recovered by detectives shows the shooting.

According to investigators, the video shows the 13-year-old boy entering the house with a handgun. Seconds later, while the boy had the gun pointed in 12-year-old Jasiyah Vasquez's direction it discharged and she collapsed, investigators said.

Investigators say Jasiyah was found in the living room with a single gunshot wound. She was pronounced dead shortly after officers arrived, according to police.

"The death of this girl is a tragedy, but it could have been prevented. A pivotal aspect is the mother asking her child to go outside to the driveway to retrieve her handgun from the car—a handgun that had a bullet chambered and ready to shoot," said DA Kevin Steele. "A parent has a legal responsibility to protect their children, and a handgun owner has a legal responsibility to keep their guns out of the hands of children. This defendant failed on both counts. Now a young girl is dead, and a boy is facing murder charges."

An autopsy performed determined the cause of death was a single gunshot wound to the chest and ruled it to be a homicide.

According to DA Steele, despite the child's age, Pennsylvania law requires that they charge the boy in adult criminal court.