FOX 29's Bruce Gordon has more on a large sink hole in Olney that residents say has been neglected by the city.

OLNEY - Residents and motorists in Olney are fed up after they say a large sink hole that has caused safety and travel concerns is being neglected by the city.

The sink hole has slowly swallowed up Nedro Avenue near the road's intersection with 6th Street for over a year. One resident estimates that the hole began to dip about three months ago.

After multiple complaints from concerned citizens, the city sent a road crew to assess the sink hole a few weeks ago. The crew surrounded the hole with 28 road barriers and nine traffic cones. 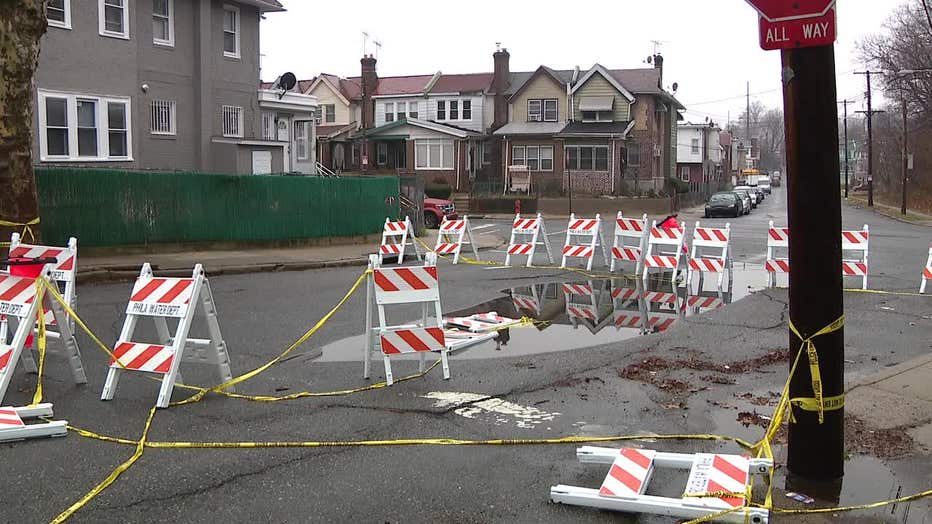 "I reached out to 311 multiple times," Michelle Neves said. "I reached out about a week ago the last time and they told me they don't have any definite dates on when they're going to come out and fix it."

The city's temporary traffic cone solution has Nedro Avenue blocked off at 6th Street, which is an inconvenience for travelers.

"This is a route for the kids to go to school every morning," Ervin Chatman said.

Philadelphia Water Dept. tells FOX 29's Bruce Gordon that they shut off a broken water main under the sink hole. City officials say crews could be out to assess the sink hole as early as tomorrow.