A grieving New Jersey mother is warning parents nearly a year after he young son died from taking a recreational drug laced with fentanyl.

MANTUA, N.J. - A New Jersey mother is grieving and warning parents about the dangers of fentanyl-laced drugs nearly a year after her son was found dead in his bedroom.

Tanya Niederman said her 19-year-old son J.J. had a bright future before his life was tragically cut short when he took a recreational drug that contained fentanyl. The Rowan University student was found dead in the bedroom of the family's Mantua home.

Niederman claims the drugs that took her son's life had enough fentanyl to kill 30 people.

"He had so much to look forward to and it wasn’t meant to be like this it shouldn’t of been like this," Niederman said. "One choice they may could be the last one they ever make." 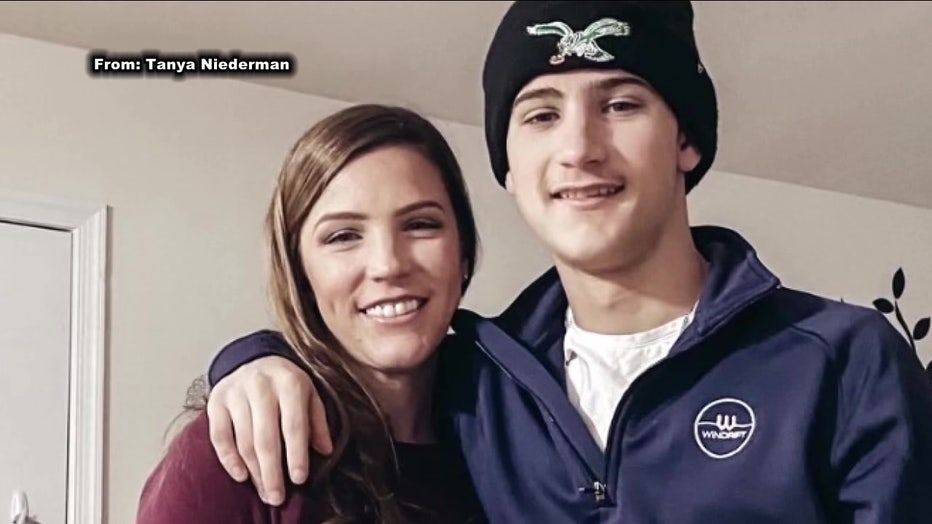 Nearly a year later, Niederman is now an active member of Camden County’s Fentanyl Awareness Campaign to address an alarming number of fentanyl-related overdose deaths over the last two years.

"A little over 70% involved fentanyl, 80% involved some sort of opioid, five or six years ago we didn’t have any of that," Camden County Mental Health and addiction representative John Pellicane said.

While law enforcement deals with a heavy caseload of fentanyl arrests and tries to stop the flow of synthetic opioids from China and Mexico, officials say families like the Niederman are the unfortunate byproduct of a lucrative drug trade.

"I truly didn’t believe that he ever tried drugs I thought that was something so far away from him and our family," Niederman said.