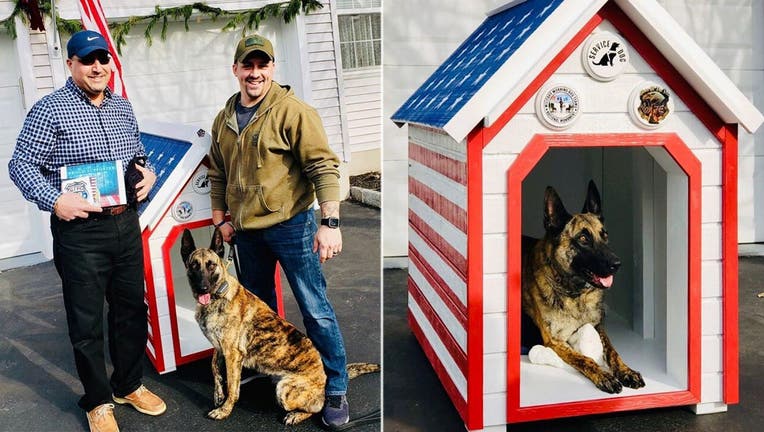 HACKETSTTOWN, N.J. - (FOX NEWS) -- A New Jersey police dog has a new patriotic doghouse thanks to a local woodworker who built it.

“K-9 Jada received her new home on Thursday and she is very excited,” the HPD wrote on its Facebook page.

Dibella wanted to donate the doghouse to a local K-9 handler who was also a military veteran, the Lehigh Valley Express-Times reported Saturday.

“My passion for K9 started during my deployment as I worked with and observed military explosive detection dogs,” Laver said, according to the paper’s reporting. “That’s when I learned about the Malinois breed. I had no formal K9 training until... I purchased Jada as a puppy. From that point on, I would work with K9 handlers and civilian K9 teams to learn and observe."

Hackettstown is about 50 miles west of New York City.