The process can be beneficial in mitigating the spread of a virus.

The boy died on Sept. 5 in the state of Kerala. Shortly after his passing, health officials began contact tracing, hoping to limit the spread in a region of the country already struggling to contain COVID-19.

Hundreds of people who had come in contact with the child were placed in isolation. Two days later, test samples of eight primary contacts came back negative.

According to the U.S. Centers for Disease Control and Prevention (CDC), the Nipah virus was discovered in 1999 after an outbreak in Malaysia and Singapore. Nearly 300 humans became infected and a third of them died.

Although no outbreaks have occurred in those two countries since 1999, Nipah infections occur annually in some parts of Asia — typically Bangladesh or India. Twelve people died from Nipah virus in Kerala just three years ago.

The virus can spread from infected fruit bats directly to people or indirectly by first infecting other animals, such as pigs. Malaysian and Singapore officials slaughtered more than 1 million pigs to control the outbreak in 1999.

An infected animal can pass the virus to humans if that person has close contact with the animal or its body fluids (such as saliva or urine) From there, person-to-person spread is possible. 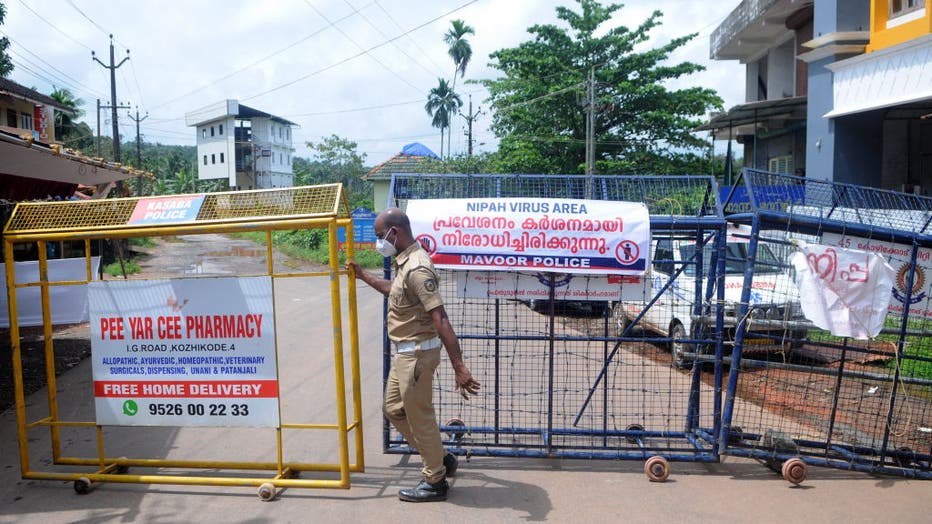 Patients with severe symptoms may experience disorientation, drowsiness, or confusion, seizures, coma, brain swelling, or death. Between 1999 and 2018, experts said Nipha infections resulted in death occurred in 40 - 70% of cases.

There is no vaccine for the virus, nor are there any licensed treatments. Health care providers can only offer supportive care to control complications and keep patients comfortable.