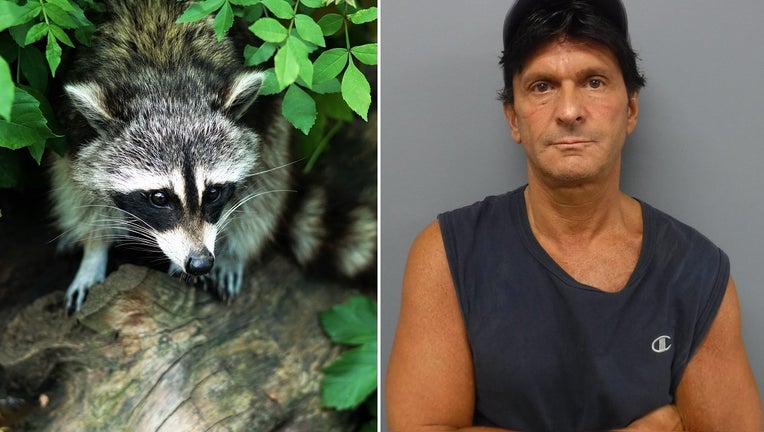 NEW MILFORD, N.J. - Police have arrested a man who they say doused raccoons in bleach, then stabbed the animals, in Bergen County.

The incident occurred on Canterbury Lane around 4:15 p.m. on Tuesday, Aug. 6.

New Milford police were dispatched on a report of a resident repeatedly stabbing two raccoons who were trapped in a cage on his deck.

Patrick Biondo reportedly told police he was trying to exterminate the raccoons due to them being a "constant nuisance."

Responding officers found the captured raccoons in poor health with stab wounds and burns. The raccoons were transported to Franklin Lakes Animal Hospital but had to be put to sleep due to the severity of their injuries, according to Tyco Animal Control Services.

The New Milford man says he's captured three other raccoons since August 2018 and left them in cages until they died of starvation, the Associated Press reported.

Biondo says authorities weren't helpful when he asked about deterrence methods and relocation. A senior animal control officer says Biondo had been advised to contact state wildlife authorities for relocation information. Biondo denies he was told that.

Biondo was charged with animal cruelty and released on a summons with an Aug. 14 court date.

Anyone who witnesses acts of animal cruelty is urged to call the Bergen County SPCA's Animal Cruelty Hotline at 201-573-8900. Animal cruelty can also be reported by filling out the BCSPCA's online form here.

Those interested in donating to the Bergen County SPCA can do so here.