Tigre player Raúl Castro told a local news outlet that he adopted a stray dog who ran onto the field of a Christmas Eve soccer match after he found out that the dog was later struck by a car.

National Women's Soccer League Commissioner Lisa Baird is out after some 19 months on the job amid allegations that a former coach engaged in sexual harassment and misconduct toward players, a person with knowledge of the situation told The Associated Press.

The person spoke to the AP on the condition of anonymity because the move Friday had not been made public. It comes in the wake of claims of misconduct, including sexual coercion, leveled by two former players against North Carolina coach Paul Riley.

Riley was fired by the Courage on Thursday and the allegations touched off a wave of condemnation by players that forced this weekend's games to be called off.

Additionally, FIFA on Friday opened an investigation into the case. It is rare that soccer's international governing body gets involved in a controversy involving a member association. U.S. Soccer also announced an independent investigation Friday. 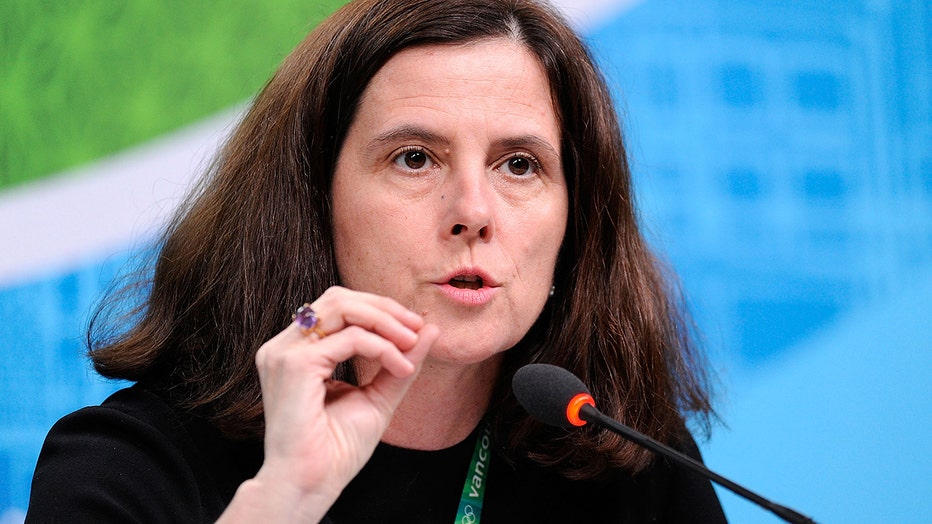 U.S. Soccer was instrumental in founding the NWSL in 2013 and helped support the league until last year, when it became independent. The federation continues its financial support of the league.

"Player safety and respect is the paramount responsibility of every person involved in this game. That is true across every age, competition and ability level," U.S. Soccer President Cindy Cone said in a statement. "We owe it to each athlete, each fan and the entire soccer community to take every meaningful action in our power to ensure nothing like this ever happens again."

FIFA told The Associated Press it was "deeply concerned" by the case and will now be seeking further details from American soccer authorities about the issues raised.

"Due to the severity and seriousness of the allegations being made by players, we can confirm that FIFA’s judicial bodies are actively looking into the matter and have opened a preliminary investigation," FIFA said in a statement to the AP. "As part of this, FIFA will be reaching out to the respective parties, including US Soccer and NWSL, for further information about the various safeguarding concerns and allegations of abuse that have been raised."

The alleged harassment of Farrelly started in 2011 when she was a player with the Philadelphia Independence of the now-defunct Women’s Professional Soccer league.

She told the website the harassment continued when Farrelly was with the Portland Thorns. Shim, a former Thorns player, also allegedly experienced harassment. The Thorns said Thursday that the team investigated claims about Riley and passed those on to the league when he was dismissed.

Riley told The Athletic the allegations were "completely untrue."

Outcry over the allegations rocked the league and forced this weekend’s games to be called off.

The NWSL Players' Association said it hoped fans would understand and support the decision.

"It is OK to take space to process, to feel and to take care of yourself," the union said. "In fact, it’s more than OK, it’s a priority. That, as players, will be our focus this weekend."

OL Reign midfielder Jess Fishlock, who has been playing in the NWSL since its inception in 2013, suggested the league, and women’s sports overall, are in the midst of a reckoning.

"I think women athletes specifically have gone through so much over the years, not just women’s football," Fishlock said. "I think everybody knows what’s happened with USA Gymnastics that has gone on, and this is something that has been happening in women’s sports over and over and over again for years and years and years. And we’ve never felt safe enough to talk about it, and if we ever felt brave enough to talk about it, then it would just get swept under the rug, or we were told that we were in the wrong ... and I think we’re at a point now where we’re just done."

In its ninth season, the NWSL has been rocked by several recent scandals involving team officials.

Washington Spirit coach Richie Burke was fired after a Washington Post report detailed verbal and emotional abuse of players. The league formally dismissed Burke and sanctioned the Spirit on Tuesday after an independent investigation.

Gotham FC general manager Alyse LaHue was fired in July after an investigation connected to the league’s antiharassment policy. She has denied any wrongdoing.

Racing Louisville coach Christy Holly was fired in September but the reasons for his dismissal were not made public.

Benstiti had previously been accused by U.S. national team midfielder Lindsay Horan of sexist behavior during his time as coach of Paris Saint-Germain. Horan has said she was berated by Benstiti because of her weight.