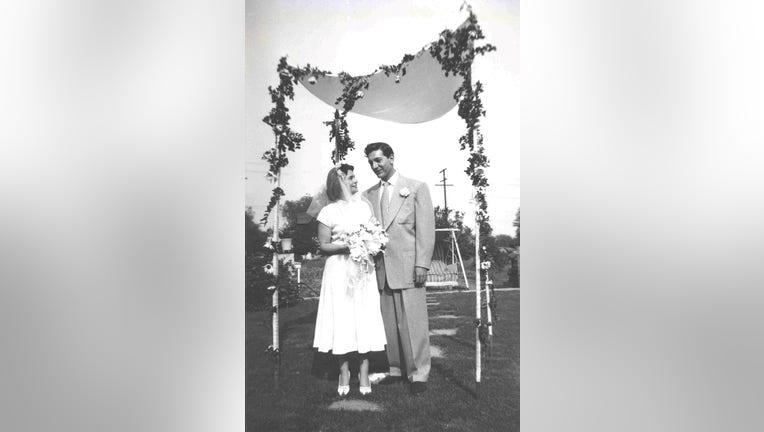 Judith and Sam Broude get married in 1950.

OAKLAND, Calif. - An Oakland rabbi and his wife, both 95 years old and married for 70 years, died last week, just three days apart from each other.

"As a couple, the two of of them were very much in love," Sinai's Rabbi Emeritus Steven Chester said on Monday. "This is why this is so bittersweet, almost a Romeo and Juliet story. They were so devoted to each other and to Jewish life."

"The beauty of spouses dying within days of each other really feels like God intervening," Bloom said. "It's an absolute blessing. They had true love in both death and eternity." 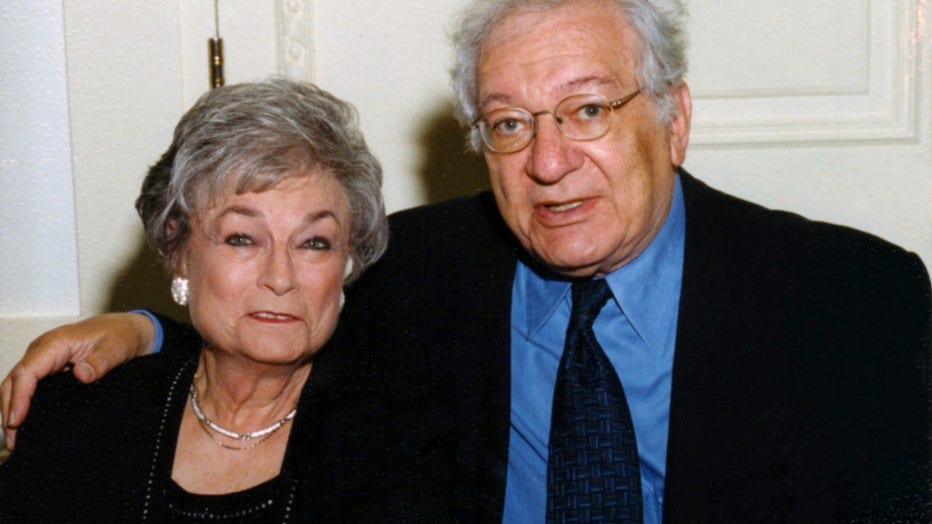 Judith and Rabbi Samuel Broude of Oakland, both 95, died last week, days apart from each other after 70 years of marriage.

Rabbi Broude's friends and family remember him as a man moved by social activism and a passion for supporting marginalized members of society. Through his leadership during the civil rights and Vietnam War movements in the 1960s and '70s, he personified living a life dedicated to bettering the world, his family wrote in his obituary.

In 1949, Rabbi Broude met the “love of his life,” Judith, during a time period when she was working at the Israeli consulate office in Los Angeles and he was “immediately smitten,” their daughter, Marla Broude, said. "Their lives were intertwined since Day 1; rarely did they spend time apart over the course of their marriage."

The couple married in 1950, even before Broude became a rabbi. At the time, he was a cantor and had a beautiful singing voice, his daughter said. He was ordained in 1960.

Judith Broude was born in Germany, raised in Israel and met her beloved soon after arriving in the United States. She became the “consummate rebbetzin,” or rabbi’s wife, her family said in her obituary.

In addition to her synagogue role, Judith Broude was a docent at the Camron-Stanford House and a Judah Magnes Museum board member.

Her family said she loved classical music, and had a keen appreciation for Jewish-related art, rare books and manuscripts. “She graced everyone with her spunk, humor, brilliance, beauty, and charm,” her family wrote.

Bloom remembered Rabbi Broude as a very emotional and caring man who also had a great sense of humor. Chester said Judith Broude was also very funny and she loved to make things beautiful, personified by all the orchids that decorated her home.

"The only thing that gives me any comfort," Marla Broude said, tears welling up in her voice, "is that they are now together."

The couple leaves behind their children, Micah Broude and Marla Broude, their three grandchildren and several great grandchildren.

A memorial service will be held in both their memories at Temple Sinai on Wednesday at 7:30 p.m. Contributions in their name may be made to Temple Sinai, 2808 Summit St., Oakland, CA 94609.