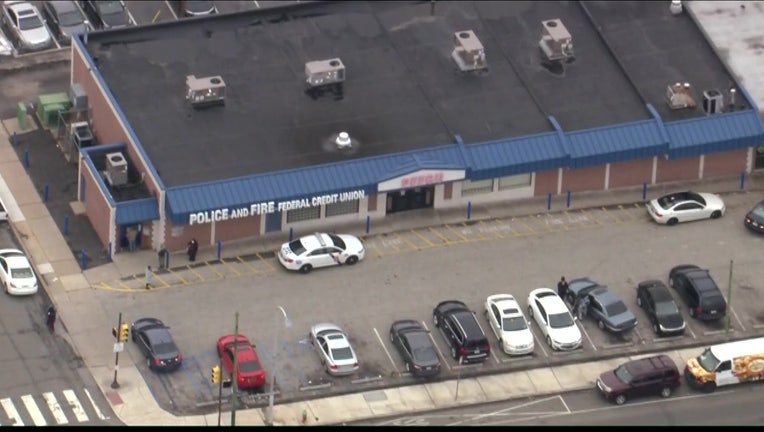 Skyfox over a disturbance at Police and Fire Federal Credit Union in which an officer and a detective were injured.

RHAWNHURST - A Philadelphia police officer and a detective responding to a disturbance in Rhawnhurst were hurt while assisting in the incident, authorities said.

A call went out for a disturbance in which a male, reportedly high on narcotics, was refusing to leave the Police and Fire Federal Credit Union on the 7500 block of Castor Avenue Monday, around 2:30 in the afternoon. The officer and detective responded to the call.

Medics transported the officer to Jefferson Torresdale Hospital. That officer is listed in stable condition.

A detective assigned to Major Crimes was also injured in the incident. That detective was also expected to be treated and released from Jefferson Torresdale after a period of observation.

Officials say an arrest was made. No further details were released.