New Jersey parents want answers after they say their 5-year-old son came home from daycare with unexplained bruises. The parents have since removed the child from the school and they are seeking at-home services.

Shane Camardo said he pulled his 5-year-old son Cole, who has autism, out of Barclay Early Childhood Center in Cherry Hill due to safety concerns and a lack of communication.

"We just kind of hope and assumed it was from the playground," Shane said. "What I was told was 'No way he was on the playground it's a cold day' I said ‘well can you tell me how he came home with this bruising?’ That’s the last info I got."

Camardo said this incident comes after he and his wife raised questions about treatment methods used on their son without their permission, including the use of ankle weights for extended periods of time.

"Any other kid can come home and say ‘Hey Dad, I had ankle weights on my ankle all day’ my kid cant," Camardo said. 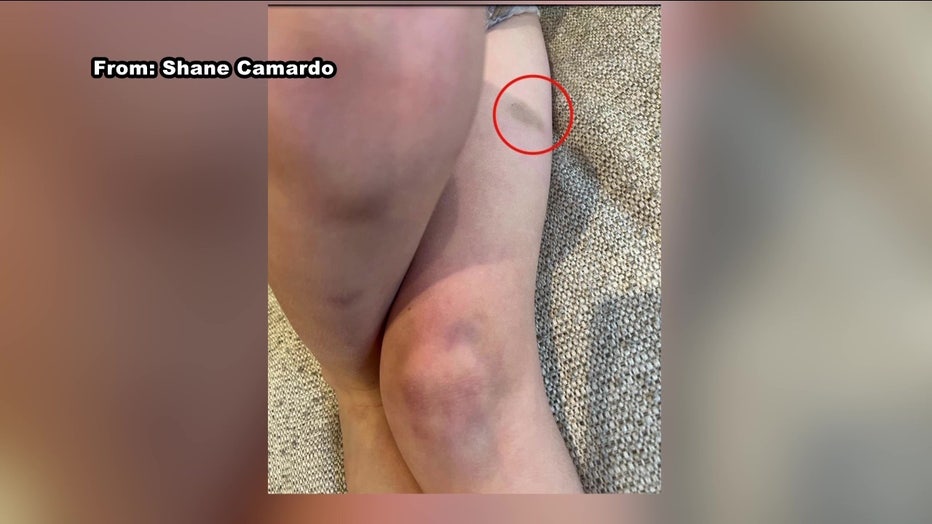 New Jersey parents are searching for answers after they claim their young son came home from daycare with unexplained bruises.

He spoke about his concerns Tuesday night at a Cherry Hill School Board meeting and mentioned how his son's attitude towards school has flipped.

"He went from a child who was ecstatic to attend school to one that cried and had a breakdown at the mention of school or his teachers name," Camardo said. He claims Cole went almost entirely non-verbal for the whole month of January out of anxiety.

The district would not comment on the matter, but Camardo said state authorities are investigating. The Department of Children and Families would not confirm an investigation due to confidentiality rules.

"I want to raise awareness, this might be happening to other kids maybe in that classroom that school afraid to speak up," Camardo said.