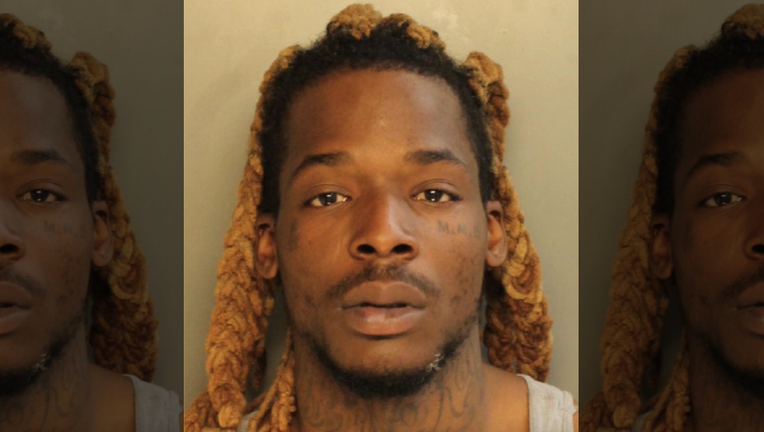 PHILADELPHIA -  A Philadelphia man who was allegedly captured on video assaulting a driver and threatening him with a gun is now facing federal charges in an armed robbery of a pharmacy back in February.

The indictment alleges Gregory Stevens, 27, robbed the Universal Pharmacy on Kensington Avenue in Philadelphia, stealing oxycodone and other drugs. According to court documents, when Stevens demanded the oxycodone, the pharmacist told Stevens it was in the back room of the pharmacy and led him there to get it.

A struggle ensued when the pharmacist attempted to resist Stevens, and he shot the pharmacist in the chest with the 9mm semi-automatic pistol, according to investigators.

He was arrested Friday and charged by indictment with Hobbs Act robbery and using a firearm during a crime of violence.

Stevens allegedly committed the robbery wearing a Pennsylvania Parole Board GPS-enabled ankle monitor. He also has pending charges in state court for distribution of heroin in Dec. 2020, and for aggravated assault stemming from a March 9 road rage incident near the intersection of Broad Street and Washington Avenue in South Philadelphia.

Prosecutors said Stevens was recklessly driving an ATV when he slammed his breaks and caused an SUV to rear-end him. The crash caused Stevens to fall to the ground.

When the driver of the SUV got out of his car to check on Stevens, prosecutors allege that Stevens repeatedly struck the victim in the head and face. He also tossed cinder blocks at the victim and his car. Stevens allegedly grabbed a firearm but did not use it.