The District Attorney's Office has charged Gregory Steven in connection to a road rage assault in South Philadelphia and an unrelated robbery in Juniata Park.

PHILADELPHIA - A Philadelphia man who was allegedly captured on video assaulting a driver and threatening him with a gun is facing two sets of charges, according to District Attorney Larry Krasner's Office.

Prosecutors on Friday said 27-year-old Gregory Stevens was recklessly driving an ATV on the 1100 block of Broad Street last Tuesday when he slammed his breaks and caused an SUV to rear-end him. The crash caused Stevens, who is out on parole following a 2014 robbery, to fall to the ground.

When the driver of the SUV got out of his car to check on Stevens, prosecutors allege that Stevens repeatedly struck the victim in the head and face. He also tossed cinder blocks at the victim and his car. Stevens, whose parole conditions prohibited him from having a gun, allegedly grabbed a firearm but did not use it. 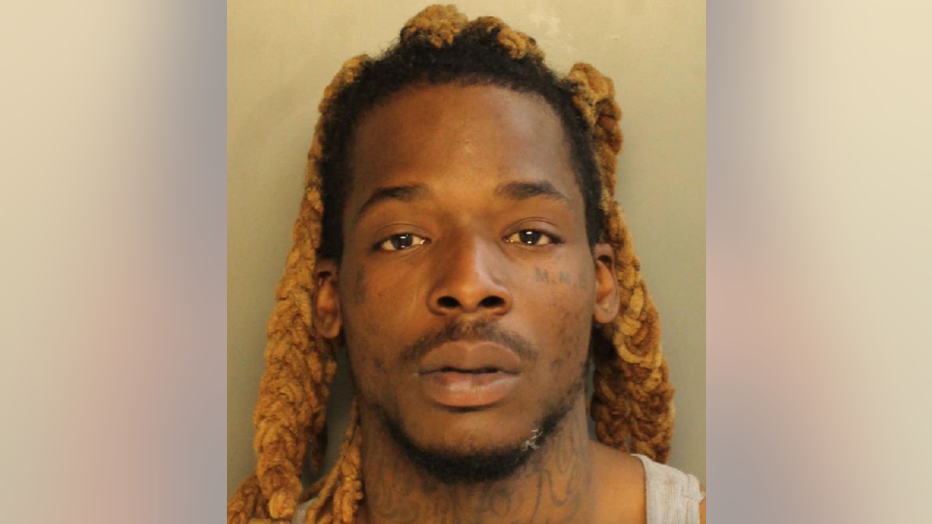 Stevens is also being charged in connection to a robbery at a pharmacy in Juniata Park last month where prosecutors said he shot an employee in the chest. Stevens is alleged to have demanded "oxys" from a pharmacist and shot the worker during a struggle.

In addition to the assault charges, Krasner's office has charged Stevens with attempted murder, aggravated assault and robbery.

"This violence is an outrage and will be vigorously and justly prosecuted. It also raises questions about the challenges state supervision faces when many court functions are still shut down," District Attorney Krasner said.