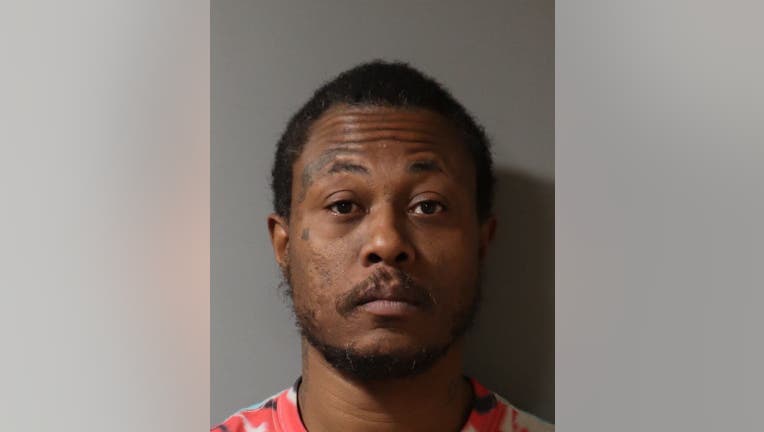 MEDIA, Pa. - Officials announced Wednesday charges against a Philadelphia man in connection with the May 2021 homicide of another man.

The incident happened at the Econo Lodge in Tinicum.

Charles Thomas Drewery, 42, of Philadelphia, has been arrested and charged with criminal homicide, murder of the first and third degree, and related firearms charges, in connection with the death of Tymel Fullwood.

On May 16, offers from the Tinicum Township Police Department responded to report of a shooting at the Motel 6 at approximately 11:28 p.m.

When police arrived, they found Tymel Fullwood suffering from a gunshot wound to his right side and bleeding. He was taken to Crozer-Chester Medical Center where he was pronounced dead.

During an investigation, officers were able to identify Fullwood and determined that he had been staying at the Econo Lodge, which is located next door to the Motel 6.

Police recovered video surveillance footage, which showed the victim checking into the motel at 5:20 p.m. the same evening.

Moments later, the victim can be seen fleeing the room and running to the Motel 6. The defendant and the woman can later be seen entering the Dodge Charger. Using video footage, the suspect was identified as the defendant, Charles Drewery.

Additional investigation determined that the Dodge Charger belonged to the defendant’s mother, and was traced to an address in Philadelphia.

"The video evidence in this case clearly demonstrates that the victim in this case – Tymel Fullwood – was targeted for assassination," District Attorney Jack Stollsteimer said. "The defendant can be seen entering the motel room, removing a black semi-automatic handgun from his waistband, with the mortally wounded victim fleeing the scene moments later. We may never know or understand the motive for such a cold blooded killing – but, thanks to methodical and thorough detective work, we can be sure that we have the perpetrator of this violent act."

Drewery was committed to George W. Hill Correctional Facility where he is being held without bail.