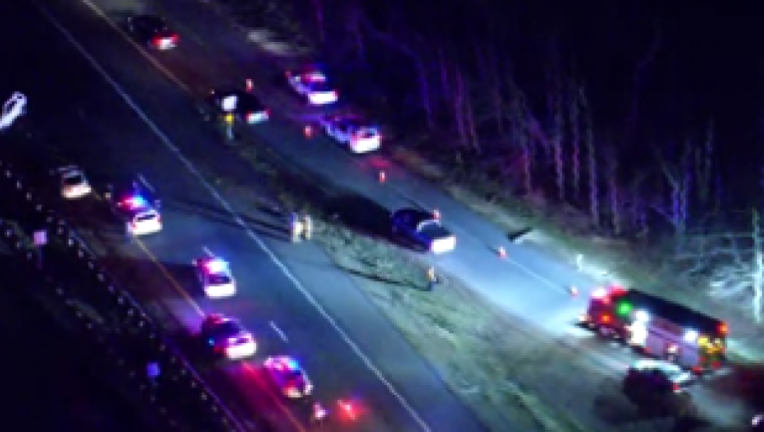 PHILADELPHIA - A woman has been charged in connection with a shooting and carjacking in Philadelphia that led to a chase in New Jersey, prosecutors announced Monday.

She was arrested by Philadelphia police and charged on Friday, April 2 after also being detained and charged with multiple offenses related to the police pursuit in New Jersey.

It started on the 1900 block of Ithan Street on March 22 around 6 p.m. Brown-Palmer attempted to steal a car and when the owner intervened she allegedly fired four shots at him, according to investigators.

Brown-Palmer is then alleged to have unlawfully entered another vehicle, which was occupied, and drove it away.

According to the Philadelphia District Attorney's Office, Brown-Palmer picked up an acquaintance in Olney with the vehicle’s owner still in the car. She eventually stopped in the area of Springfield Avenue in Southwest Philadelphia, exited the vehicle, and walked away, prosecutors said.

About an hour later on the 5600 block of Pentridge Street, police said she shot a 28-year-old man in the back and took his car.

Following the carjacking, 18th District officers followed  Brown-Palmer through South Philadelphia in a slow-speed chase that lasted about 20 minutes.

"The vehicle then went over the Walt Whitman Bridge into New Jersey, and then traveled onto Route 42. and our aviation units still followed this vehicle overhead," Philadelphia Police Chief Inspector Scott Small said at the time of the incident. "The vehicle got onto the AC Expressway, heading southbound when the vehicle got 15 miles out of the city in New Jersey, it hits a telephone pole or a utility pole."

A 22-caliber Ruger semi-automatic firearm, which was lawfully purchased and permitted by the defendant, who has no prior criminal history, was recovered from her waistband, according to Philadelphia District Attorney Larry Krasner.

"This defendant has no history of involvement in the criminal justice system. She had a lawfully purchased gun. This case underscores the need to regulate the manufacture and flow of firearms in the United States, a country that has more guns than people," Krasner said.

Brown-Palmer is being detained in Philadelphia on $5 million bail.

Police ID woman arrested in shooting, carjacking in Philly that led to chase in New Jersey