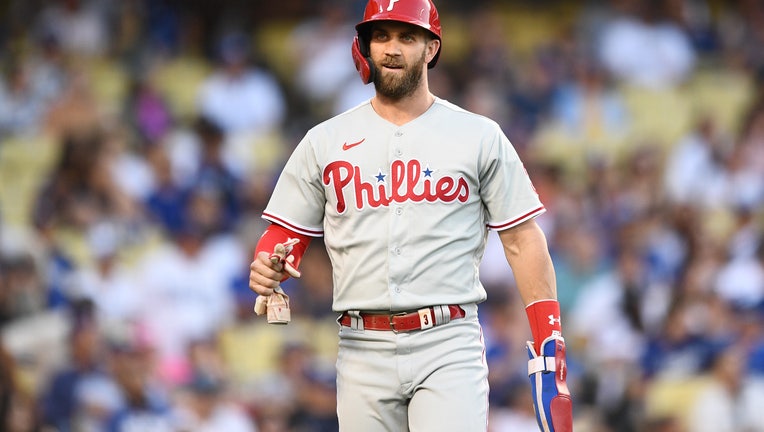 PHILADELPHIA - Bryce Harper sat out a third straight game as he recovers from a platelet-rich plasma injection in his right elbow and the Phillies slugger may not play right field again until late July.

The reigning NL MVP, Harper said he was hopeful of returning at some point in the Philadelphia's three-game series against the Padres. He did not play in Tuesday's 3-0 loss. The Phillies and Padres wrap the series Thursday afternoon.

Harper had the injection Sunday because of a small tear in the ulnar collateral ligament of his throwing elbow that's forced him into the role of designated hitter. He hasn't played right field since April 16 and will remain as DH whenever he returns.

"I think he has some real clarification. I think it kind of put him at peace, actually," Girardi said. "I think knowing that he has to wait, there's not much he can do until six weeks anyway. He'll just focus on hitting. I think the concern for the player is when it comes closer to actually trying something out."

The 29-year-old star is batting .305 with nine home runs, 14 doubles, 27 RBIs, and an .634 slugging percentage. Harper likely would have spent a chunk of the season on the injured list had the National League not adopted the designated hitter this season. Girardi said there was a chance the Phillies might have carried him on the roster as a pinch hitter.