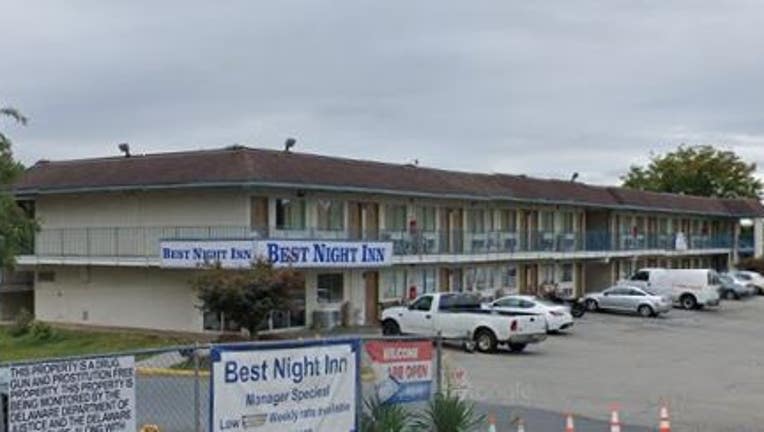 NEW CASTLE, Del. - A 14-year-old boy was struck after police say gunfire erupted during a drive-by shooting outside a motel Monday night.

Police say multiple gunshots were fired from the passenger side of a dark-colored sedan. The car was driving through the parking lot of Best Night Inn at 1200 West Avenue in New Castle.

The car then fled after shooting the 14-year-old victim, according to police. He suffered a gunshot wound to his lower body.