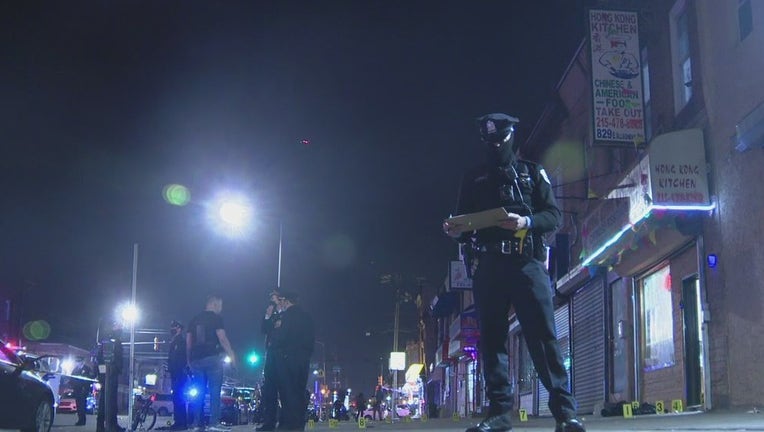 KENSINGTON - Philadelphia police are investigating after four people were injured in Kensington, including a person in custody.

It happened on the 800 block of E. Allegheny Avenue around 7 p.m. Wednesday.

A third 23-year-old man was shot multiple times throughout his body. He was taken to the hospital where he is listed in critical condition.

Police say a fourth man was apprehended and a gun was recovered. The man had a gunshot wound to his knee, according to police.

Police believe the man who is in custody may have been shot by a second shooter. The second gunman has not been caught at this time.