FOX 29's Brad Sattin has the latest details outside of Philadelphia Police Headquarters.

Kevin Bennett, 28, will be extradited back to Philadelphia. He is currently in the custody of Marion County Sheriffs in Indianapolis, Indiana, and will face several charges in Indianapolis concerning the vehicle investigation.

Bennett was wanted in connection to seven incidents, which happened between May 15 and May 18.

According to police, the first incident happened on May 15 around 2:45 a.m. when a bartender left a club on the 6100 block of Passyunk Avenue. She was followed home to Media by a man driving a silver Dodge Charger. The woman’s boyfriend was home and the suspect fled the scene.

A second incident was reported on May 16 when a woman left a gentlemen’s club on the 100 block of Spring Garden Street at midnight. Police say the woman was driving home to West Norriton Township.  At some point, she realized a gray Dodge Charger was following her.  She tried to evade the vehicle by making several turns and eventually went to a Wawa in an attempt to get the vehicle tag, but the tag was obstructed due to a tag cover.  The woman called 911 and made a report with the West Norriton Township Police Department.

The same night on the 3400 block of North 11th Street around 5 a.m.,  a woman was in her car when she noticed a man exit a vehicle that was parked several cars ahead of her.  The man approached her, pointed a silver handgun at her and demanded she exit her car. Police say the man moved her to an alley and sexually assaulted the victim. 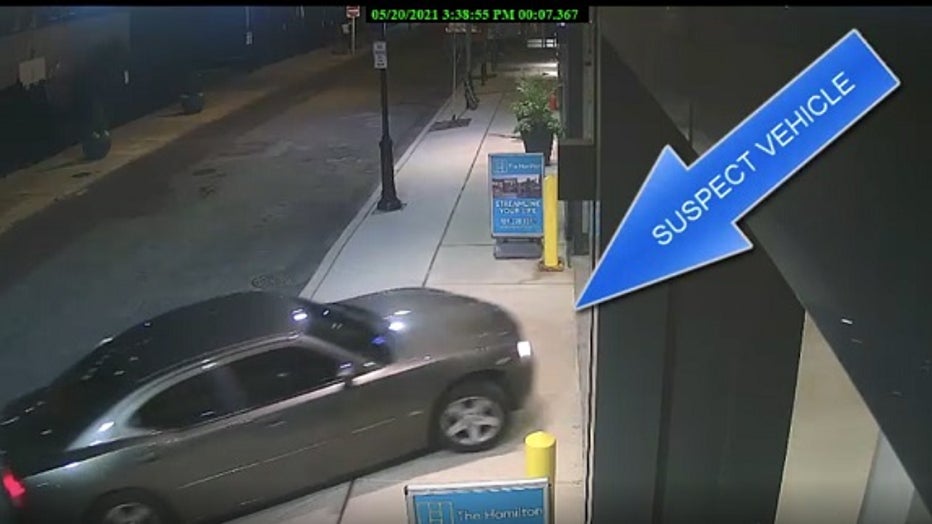 On May 17, around 9:30 p.m., on the 1500 block of Hamilton Street police say a woman left her job at a gentleman’s club at 6700 Essington Ave and drove home.  When she entered her apartment parking garage, a gray Dodge Charger, piggybacked the security gate opening and followed her vehicle.  The woman normally parks on the first level but continued to the third level.  The suspect parked three cars from her, then walked around, according to police. The woman managed to exit the garage and called 911.

On May 18, around midnight, a woman was returning from a gentleman’s club on the 2700 block of South Front Street when she witnessed an unknown man in her apartment complex on the 900 block of North 8th Street.  The man slid along the wall towards the woman who ran screaming to a neighbor’s apartment before fleeing the scene. Police say video recovered shows a man in dark clothing entering the building behind residents.

The suspect accused of stalking and sexually assaulting women

Later that morning, around 10:20 a.m., two women told police that a man posed as an electrical worker and gained access to their apartment.  Once inside, he sexually assaulted the women at gunpoint, according to police.

Upper Merion police believe the same suspect was involved in an attempted kidnapping at the Crowne Plaza Hotel on May 18 around 4 p.m. Officers found a woman in the lobby suffering from a wound to the head.

According to police, the woman was working out at the hotel gym when was approached by a man who pulled a gun and demanded she leave with him. She started to run for the door when she was struck in the head with the gun.  She was eventually able to get away and ran to the lobby for help. The suspect fled the scene.

The man in this incident was also driving a gray Dodge Charger with no license plate displayed, police say.

If you have any information, please call police.