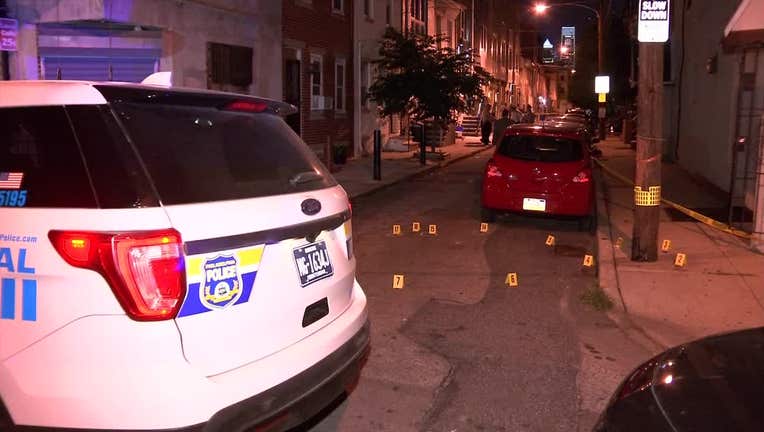 PHILADELPHIA - Police say a hail of gunfire erupted in South Philadelphia Friday morning that left one man hospitalized and at least one other suspect sought.

Police were dispatched to the 1300 block of Chadwick Street in Point Breeze after gunshots were reported.

When officers arrived of scene there were over 25 spent shell casings from two separate semi-automatic guns.

Officers were then alerted by medical officials that a 27-year-old man was dropped off at Methodist Hospital suffering from a gunshot wound to the leg.

Police say the man is believed to be one of two suspects involved in the shootout that happened around midnight.

Surveillance video obtained by police shows one of the alleged shooters fall to the ground during the firefight, get up and continue shooting.

Police say they are "fairly confident" the shooter who fell is the hospitalized man.

Detectives will hold the man as investigators comb through more surveillance footage.