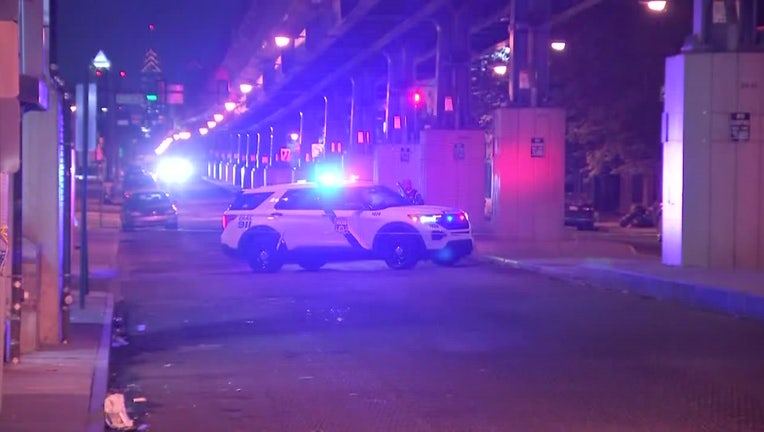 Police say a woman and a man were stabbed in West Philadelphia.

PHILADELPHIA - A man and woman suffered multiple injuries after police say they were both stabbed in West Philadelphia Tuesday night.

Police responded to the reported stabbing on the 200 block of North 60th Street around 9:50 p.m.

A 34-year-old man and 24-year-old woman were both found at the scene.

Police say the man was stabbed multiple times to his right hand, but refused medical treatment. The woman was hospitalized after reportedly suffering stab wounds to the face and left hand. She is in stable condition.

An arrest has been made, and a weapon recovered, according to police.