FOX 29's Alex George has more on a potential breakthrough discovery in the search for 26-year-old Cassandra Johnston who disappeared after a leaving a friend's apartment in Philadelphia.

NORTH PHILADELPHIA - Police have found the car of a missing Bucks County woman who vanished three weeks ago after leaving a friend's apartment in Philadelphia.

Investigators continued to search the area for signs of Johnston, who police say was last seen the morning of July 11th when she left a friend's apartment on 12th and Vine streets. She was last spotted driving the Ford on the Vine Street Expressway that morning.

In an update from Lower Southampton Police, Chief John T. Krimmel told reports that a private investigator hired by the Johnston family spotted the car while flying a private aircraft over Woodhaven Road. 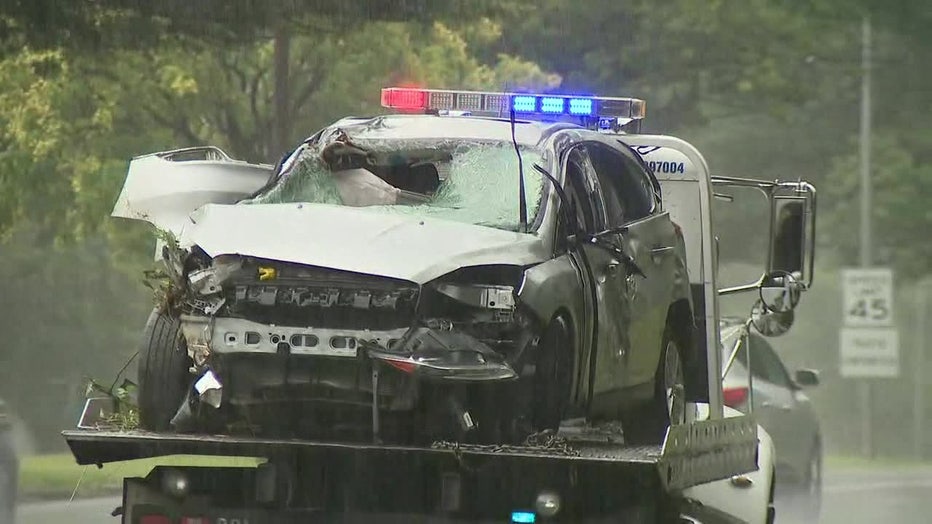 investigators believe Johnston was driving west on Woodhaven Road when she lost control of her car and careened into a culvert. She went approximately 30 feet in the air over a guardrail and crashed into a tree which launched her 49-yards through the sunroof.

Police believe she landed in the culvert and was swept into a Byberry Creek during last week's intense rain and thunderstorms. A Philadelphia Police Department Marine Unit found a body that matches the description of Johnston in the creek on Sunday, but police are awaiting the results of an autopsy.