PHILADELPHIA - Authorities say a front seat passenger was holding a 3-week-old girl on her lap during a violent crash that caused fatal injuries to the child late Thursday night in Northeast Philadelphia.

Police say a 21-year-old woman and three passengers - including a 3-week-old child and a 4-month-old boy - were heading east on Harbison Avenue just before 11 p.m. when they collided with a 2008 Acura making a left-hand turn onto Roosevelt Boulevard. 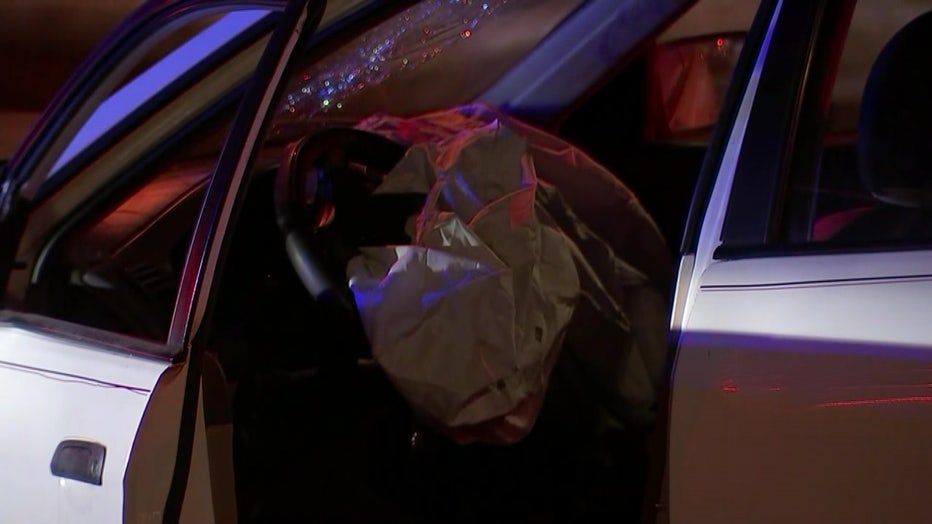 Police say a 1-month-old girl is dead following a crash on Roosevelt Boulevard.

Police say the infant, later identified as Nayeli Torres, was taken to Einstein Medical Center where she died. The 4-month-old boy, who police say was properly harnessed into his car seat, had minor injuries.

The woman driver was treated at Einstein for leg injuries and bruising. The passenger, who police say was the mother of the infant, was not injured. The 29-year-old driver of the Acura was also uninjured.

Police do not know who had the right of way when the crash happened. Detectives will use nearby traffic cameras during the investigation.