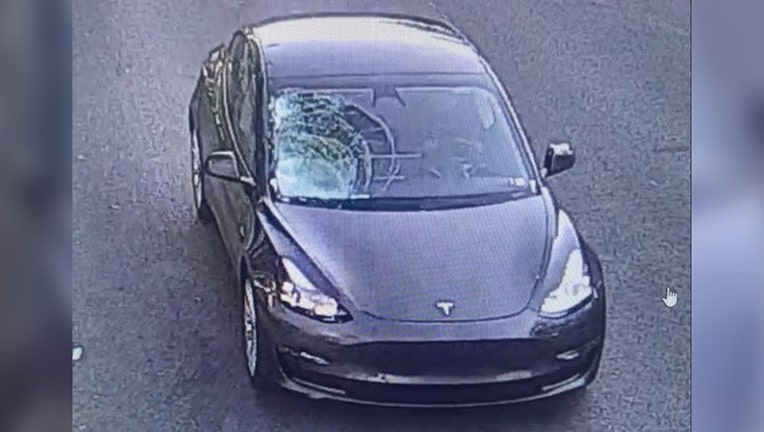 Police looking for suspect after hit-and-run

PHILADELPHIA - Philadelphia police have released a photo of a Tesla they say is connected to hit-and-run that killed a woman.

The victim, identified as 21-year-old Dia Lee, was found with severe head trauma and heavy bleeding on the sidewalk just before 7 p.m. Monday. She was transported to Einstein Hospital, where she was pronounced dead.

Police say Lee was struck by a speeding Tesla at the intersection of Germantown Avenue and Culter Street. The driver then allegedly fled the scene.

A photo of the suspected gray Tesla was released by police Tuesday. It has extensive damage to its windshield, right front bumper and fender.

The driver is still unknown, according to police.