A 28-year-old man has died after he was shot in the chest during a robbery outside of Cheerleaders gentleman's club in South Philadelphia.

SOUTH PHILADELPHIA - A 28-year-old man has died after police say he was shot in the chest outside of Cheerleaders gentleman's club in South Philadelphia during a robbery.

Officials said the shooting occurred in the club's parking lot on the 2700 block of South Front Street, about 9:30 Tuesday night.

Police say the victim and another man were in the parking lot when they were approached by two suspects who attempted to rob them at gunpoint. As the suspects were going through their pockets, the 28-year-old victim fought back against one of the suspects and was shot once in the chest, according to police.

After he was shot, the victim was brought back inside the club, where people rendered aid to him. He was then rushed to Jefferson University Hospital where he was later pronounced dead. 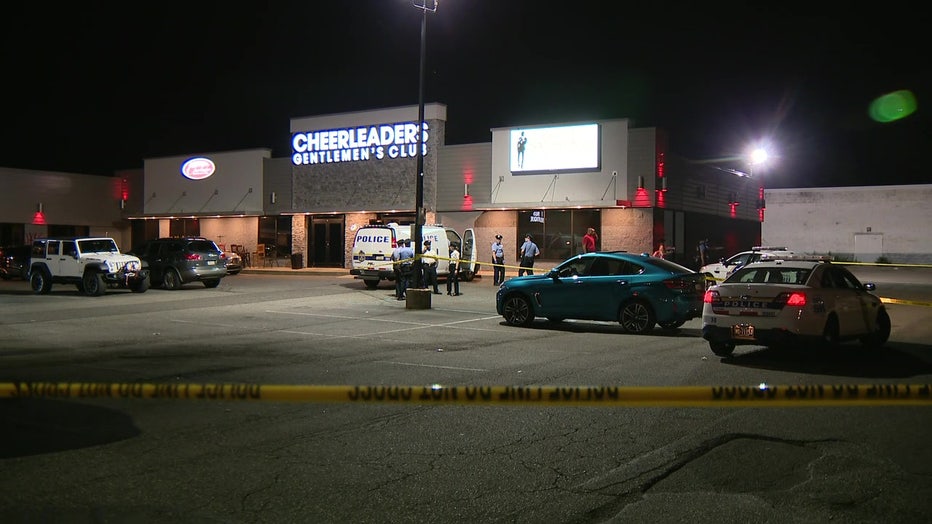 Police say the victim was shot outside the club during a robbery attempt.

Police say they are looking for two suspects and an investigation is underway. Police say surveillance cameras outside the bar captured the entire incident, including the suspects fleeing the scene in a white four-door sedan. Police say that vehicle was last seen traveling south on Front Street.

The shooter has been descirbed by police as a male with a dark hooded sweatshirt, and dark pants with white stripes on the side. Investigators also say they are trying to track down information from a cell phone that was stolen from the witness who was with the victim at the time of the shooting.

No weapons have been found and no arrests have been made at this time.