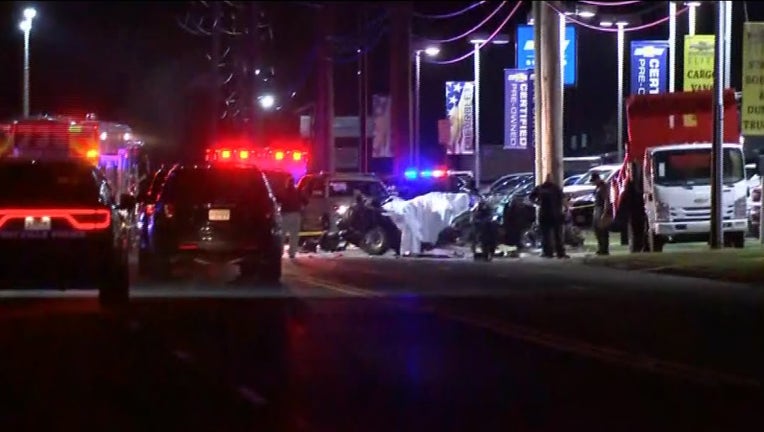 The crash happened on Gateway Boulevard shortly before 9:30 p.m on July 31.  Officials said the vehicle struck a utility pole on the passenger side door.

The driver was identified as 34-year-old George Ritter, 4th. Three little girls, ages nine, eight and five and identified by family as his two daughters, and a niece, were in the vehicle. All four people were pronounced dead at the scene. They had been previously attending a children's party prior to the crash.

Officials said the car appeared to have been altered and had modified tires and engine accessories designed for racing at private racetracks. Authorities say they are looking into speed as a contributing factor of the crash.

No one in the vehicle was wearing a seatbelt, according to authorities.

A GoFundMe has been started to help the family.