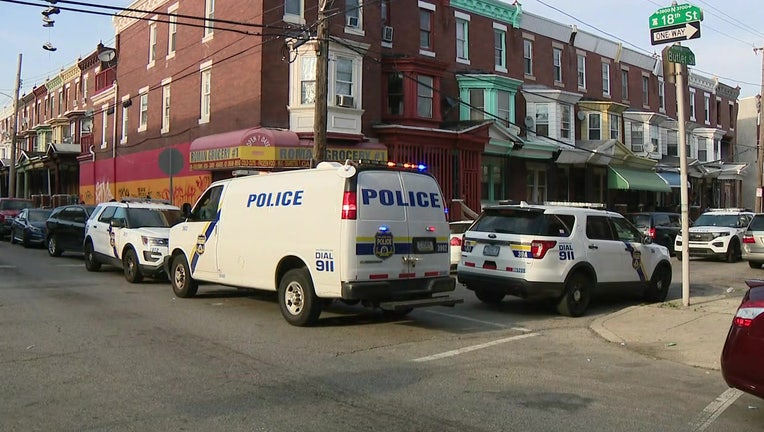 Police investigate a shooting in a Nicetown-Tioga store that left a 29-year-old man dead and a 53-year-old woman critically injured.

NICETOWN-TIOGA - A man is dead and a woman is in critical condition after a shooting in Nicetown-Tioga Monday.

The shooting occurred on the 1800 block of West Butler Street, inside of a store, late Monday afternoon, just after 5:30, according to officials.

Responding officers found a 29-year-old man suffering with gunshot wounds to the chest and back. He was pronounced dead at the scene by medics. He was later identified as Dwan Jenkins-Stanton.

The other victim, a 53-year-old woman, was shot in the chest, by what police say was a stray bullet. She was rushed by police to Temple University Hospital, where she was listed in critical, but stable condition.

Authorities say an investigation is underway, though no arrests have been made and no weapons have been recovered.