Olivia Drasher, a 20-year-old woman with cerebral palsy who died in a Delaware County arson, is remembered by her mother as being "so smart, so funny and so sassy." Aaron Clark, 30, is charged with setting the fire that killed Dresher.

DARBY TOWNSHIP, Pa. - Police have arrested and charged a man accused of setting fire to a Delaware County family's home, killing a 20-year-old woman inside on Sunday.

The suspect, identified as Aaron Clark, was arrested on Sunday and charged with murder, stalking, assault and harassment.

Clark is accused of setting a fire in the three-story home on the 600 block of Sharon Avenue around midnight on Sunday.

Authorities say a person escaped the flames and alerted first responders that a woman with disabilities was trapped on the first floor, but the flames prevented them from reaching her.

After the fire was extinguished, firefighters found the 20-year-old woman's body on the first floor. 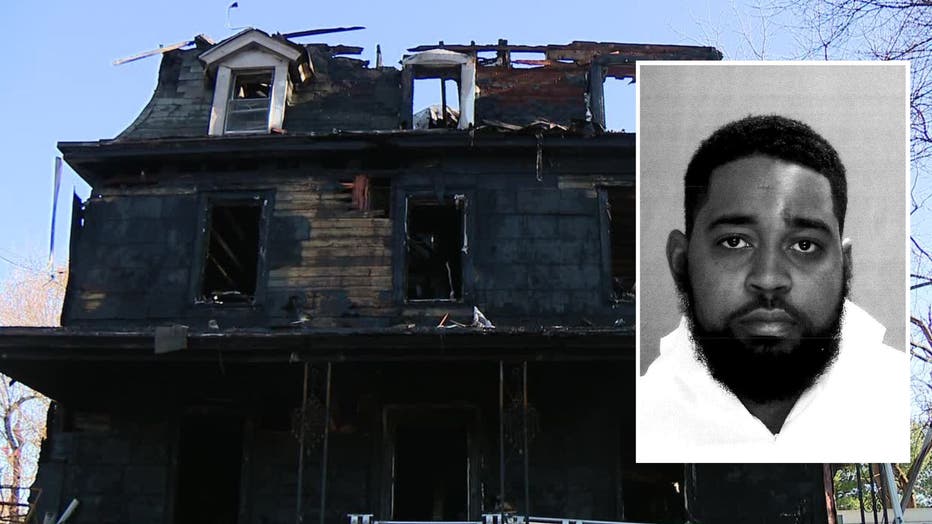 On Wednesday, Delaware County District Attorney Jack Stollsteimer and Darby Township Police Chief Mike Sousa held a press conference to discuss the case they called "one of the most evil and vile acts ever seen."

Stollsteimer identified the victim as Olivia Drasher, who had cerebral palsy, was paraplegic and nonverbal. Police say she died from smoke inhalation and burns.

"She was a baby, and she's my baby," Oliva's mother Drena Drasher told FOX 29. "She was so smart and so funny and so sassy, she had so much personality."

According to officials, Clark set the house on fire because Drasher's older sister, a woman he worked with for the U.S. Postal Service, ended a relationship with him.

Law enforcement officials say Clark assaulted Drasher's sister when she called off the relationship and he then began sending her terroristic threats.

Stollsteimer said the threats even continued after Drasher's death while Clark was in police custody. "Even after he set this fire and intentionally killed her sister, he was in police custody and was sending more terroristic threatening messages to her just to further terrorize her after having killed her sister and attempting to wipe out her entire family," Stollsteimer said.

According to the District Attorney's Office, Clark snuck an Apple Watch into the jail where he was being held and "secreted an Apple Watch inside his rectum in the cell" in order to send more threats. When officers attempted to confiscate the watch, he spit at officers and assaulted them, officials say.

Police say Clark knew who was in the house at the time he set the fire.

Stollsteimer says a nurse, who was in the house tending to Drasher, is still in the hospital recovering.

"This is, again, one of the most evil, depraved acts we've seen here in this part of Delaware County and frankly, in my law enforcement career," Stollsteimer said.

Local fire departments are asking for donations to help the residents who have lost everything in the devastating fire: